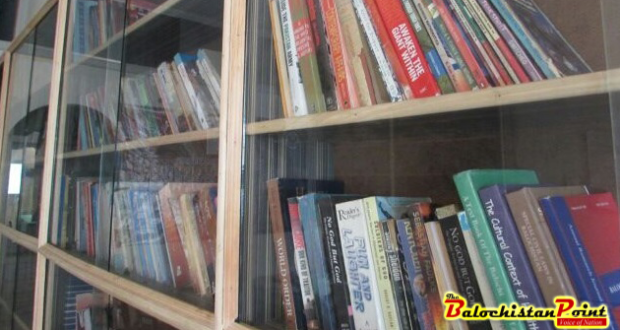 Few days ago a group of enlightened youth approached me in order to know my remarks on the issue of a community that lacks the facility of a public library. They were on perusal of a way out, as asked to put some suggestions in context of fulfilling an edgy aspiration which the entire community most principally the students nervously desires.

In fact, it discomforts any sophisticated gentleman as soon as being known about a library-dispossessed community in the era of this modern technology. To me, boosting up the culture of pleading libraries construction is a matchless virtue that the world has ever proved. Matter of fact, when a society lacks of the opportunity of possessing a building of single library is more delicately susceptible to a jeopardy and malevolent activity. If an area runs out in facility of a single building library, this gauges how badly it has been kept underprivileged and declined. A library is surely a place which sustains the tenets of culture, civilization, customs, social values and the ethical structure of a nation of an area.

At this time, entire Balochistan is deprived to have possession of reasonable libraries, only Quetta feels privileged having few but tragically it often complains of seat adjustments. Students feel it hard to be accommodated and get entrance registrations just because of the issue of overfilling.  Perhaps elsewhere most of the districts await for a building yet to be built akin to Panjgur.  Where painfully reported to exist almost 11 public and private libraries, majority of them are dysfunctional and besides that lack of provisions of the materials that a library officially requires.

Nook Abad; (village of the Municipal Committee Tasp) a deprived community of district Panjgur is among the areas where a constructed building of the library is a dream that the inquiring youth rigorously wish to have as soon as possible. Genuinely to assess, almost hundred years back developed community is dearth of every kind of basic facilities that dwellers are obliged to have, neither a satisfactory health unit exists nor does a pleasing educational system sustain.

There is a two decades back constructed Dispensary unit, which awaits to be promoted to BHU (Basic Health Unit). However, there dysfunctionality in terms of facilities, equipment availability and dutiful employees made it disposed as null and void. Above and beyond that, both the Boy’s High School and girl’s primary school exposed a face of a worst dismal. Some of the dissidents from inhabitants considered it a failure of the education department but youths of the area put this in the arena of a national insubordination, blaming the teachers of disavowal.

While looking at the basic issues that the residents confront, a senior political activist on condition of anonymity accused all the nationalist parties, but particularly BNP (Awami), and NP over closing their eyes to the communal problems of the area such as health and education. He allegedly said, “As political history of the area affirms, the demand of the library’s granting has been the very primitive desire that was expressed and brought in notice of the aforesaid party’s representatives over and over again but excluding grievances there could happen no change to befall till date”.

The aforementioned area comes in the constituency of a renowned politician of BNP-A, and the General Secretary of the party Mir AsadUllah Baloch. BNP-A is one of the Baloch nationalist parties of Balochistan which is currently possessing the treasury benches of the provincial assembly and a minster-ship of the Welfare and Social department by the GS himself. As for the testimonies that the BNP’s activists claim, majority of the voters of the area with more than thousands of households vote to BNP. This can be validated by looking at majority won of the votes during the election held on 25th July 2018. BNP (A) has been the leading party in the area in every term. BNP focuses on its campaign over the area passionately because it has an enormous vote bank. There are five actively submissive units of BNP-A in the area only.

The ones having affiliation with supposed nationalist parties often whine over their political incompletion of the promises which include both the private and societal vow. They think being a deficient area in terms of dearth of libraries which surely provide a conducive environ to their children is above all an injustice that the parties and government are equally liable. Feeling this an administrative and political negligence for the entire area, a group of students are determined over a wishful goal; that is, to work tirelessly to fulfill this long-lasting desire for the generations yet to come.

Among them one is a final year agrarian student, Shahab Atta. He exclaimed over dearth of a library that, “Students feel depressed when they get no one to share their ideas or rather they cannot avail a book. Students wait for a miracle to happen or they want to meet an angle in person who could protect them by providing a library”.

He stated that, “This is not a single room which we think of but a whole world comprising of knowledge, idea and thoughts. This helps us grow our mentality and this is directly or indirectly going to affect the entire area. Students want a change, they need a library to enhance the meaning of a good society among the residents”.

Despite of the political negligence, still there are some optimistic individuals in the deprived area, from them some think theirs party namely BNP-A, BNP-M and NP’s leaders will look at the issues of the area especially with utmost concerns of building a library. However, some have a stance of believing both the nationalist parties and concerned administrations are the keg bogged down with deceitful statements. They want to campaign themselves in generating a fund locally to build a single room for the youth who today plea for a library rather than fixing the eyes on the politicians, though it seems problematic but surely not impossible.

Published in The Balochistan Point on August 10, 2020

2020-08-10
admin
Previous: How can Balochistan prosper if its poor children are out-of-school and uneducated?
Next: Struggles of a Baloch Student