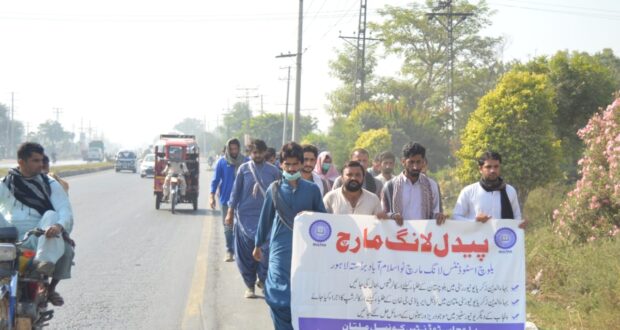 Baluchistan, a province that is largest in terms of land area, with 12.34 million of Baloch population; mainly, known for its cultural diversity, be it Pshtun, Baloch, Hazara and Sindhi, the province has given place and integrity to each one of them open heartedly. Most populous cities in the province are Quetta, Gawadar, Kalat, Turbat, Kharan, Mastung, Punjgur, Sibi, Dera Bugti, Zhob, Loralai so on, each one of them adds into the beauty of Baluchistan.

Quetta if not the city of lights but it is the city of heights, where one can easily see the height of modesty, loyalty and hospitality. While Gwadar with a beautiful sea in its womb may not be as beautiful as Mediterranean Sea but is considered as one of the most beautiful beaches in the world and has got a special attraction for tourists. One cannot completely tot up the endless beauty of Baluchistan its mountains, hills and rivers.

Baluchistan, a province with almost every kind of minerals and hidden treasures are mostly taken out and used by people other than its own residents in the name of province’s development, economic stability and CPEC. People of Baluchistan are full of energy and are competent enough to prosper in every field of life if given proper direction and motivated to participate in the development of their city and area, but it seems like they are taken as a threat for the expansion of the country and their province, therefore their efforts and passion is not taken into consideration, rather are ignored and humiliated in every walk of life. Especially the youngsters (the youth) of Baluchistan have got the ability to do something for the betterment of their province and country and are efficient enough to participate in things that are considered to be important for the advancement of province but unfortunately aren’t given any opportunity to manifest their potentialities in any ground rather are persiflage for their efforts.

A Baloch student is always degraded and is kept away from every provincial and governmental policies, be it educational, economical, federal etc. They are measured as inconvenient and unattainable in almost every pasture. Youth of Baluchistan especially the students’ struggle everyday and everywhere, their passion for education and for the moral and economical growth of their cities is considered as illogical and irrelevant. They aren’t supported or motivated for their passion to get education rather are ridiculed and mocked on. Students who are competent and skilled in different meadows are mostly tortured and compelled to stand on streets and roads to protest in order to get their basic rights of education with peace of mind and heart.

The skilled students are mostly found outside the press clubs pleading and remonstrating against authorities to make them realize how unfortunate their people are but seems like government (CM and governor) of Baluchistan are least bothered about the pain and grieve that the students are going through or it seems more like they have got used to these students protesting almost every day! What they wanted was the comfort of the chair (as CM and Governor) and their positions and therefore nothing else matters to them.

On contrary if a Baloch student finds a way and reaches to the  authorities are later on found on streets with blood running out of their body or their soul out the hulls, which is a clear sign that “you better stay silent or you better die” which is of course not the ideology on which Pakistan was made, as freedom of choice and freedom of speech was one of the main ideologies of Quaid e Azam at the time of independence but seems like only few have got the freedom of speech while others need to suffer in the hands of those consider themselves as “superior” and others as “extremists” if raised voice for their basic rights which they are deprived of.

Basically we need a system where each and every individual has got the freedom of choice, speech and opinion, not the one considers few “superior” while others as “extremists or untouchables”.

Published in The Balochistan Point on October 19, 2020.

2020-10-19
admin
Previous: “Nook Abad”, a community devoid of a library
Next: Long March for Education