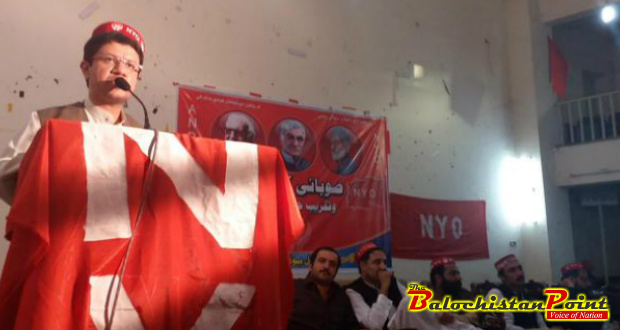 NYO Announces its Arrival in Balochistan

Quetta – National Youth Organization (NYO) has announced its arrival in Balochistan by holding its first provincial convention in Quetta, on Saturday.

Highlight of the convention was the oath taking ceremony of the provincial cabinet of Balochistan chapter of NYO which was administered by President of NYO, Khushal Khan Khattak. 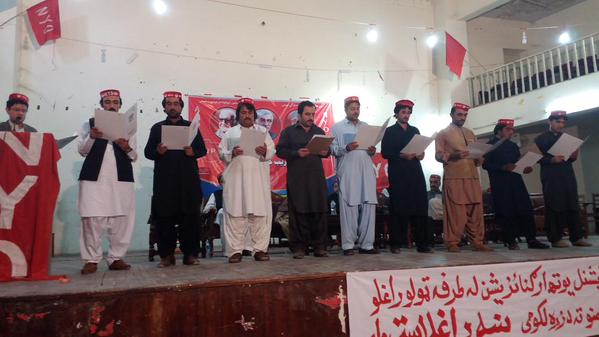 Khushal Khattak congratulated the provincial cabinet of NYO Balochistan and hoped that they will play their role in strengthening the organization in Balochistan.

NYO was formed in September 2011 to create political awareness among youth and provide research based support to ANP.

Nawabzada Umar Farooq Kasi, acting present of ANP Balochistan, also addressed the convention. Highlighting the importance of NYO, He said, “ANP will secure major victories in next general elections mainly due to hard work of NYO.”

ANP will secure major victories in next general elections mainly due to hard work of NYO – Umar Farooq Kasi.

Syed Khalil Agha, provincial president of NYO Balochistan claimed that NYO has made significant inroads in the province in very short span of time.

“NYO has become a reality in Balochistan and a force to reckon with,” said Mohsin Dawar, central spokesman of NYO.

“PKMAP always blamed Baloch for plight of Pashtuns and now they have joined a government headed by a Baloch,” said Mr. Achakzai.

Mohsin Dawar added, “All political parties agree on FATA reforms bill except PKMAP which is halting progress in Fata.”

PKMAP always blamed Baloch for plight of Pashtuns and now they joined a government headed by a Baloch – Zamruk Achakzai.

Zamaruk Achakzai urged the NYO members to focus on education as it’s the only tool that can be used to bring a revolution.

Convention was concluded on the note that NYO will strive to spread political awareness and produce leaders for tomorrow.