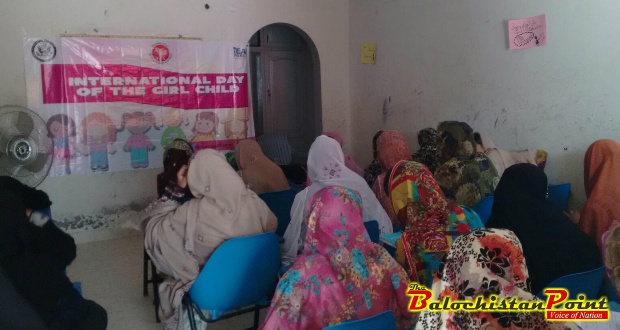 Gwadar: Youth Exchange and Study (YES) Alumna Gwadar celebrated International Day for Girl Child by designing a workshop for 30 girls of an English Language Learning center in Gwadar with the support of iEARN Pakistan and YES Alumni Network.

The workshop was divided into several sessions that included discussions, activities, quiz and presentations by the participants.

During the first session the participants highlighted different issues such as educational and health-related. 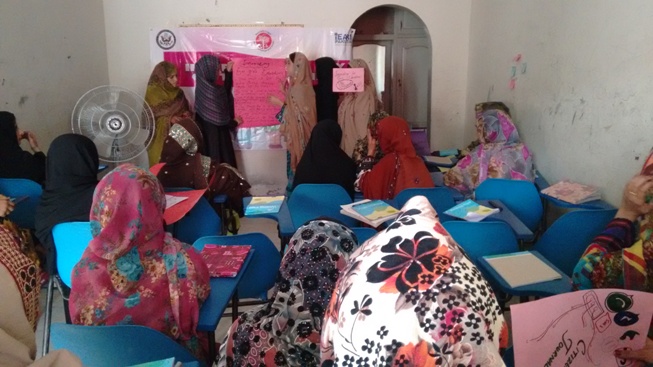 Scene of the event

Illustrating the lack of opportunities a participant shared, “We have very few girls in Gwadar who have gone to university. It’s not because we are not allowed to but it’s because we don’t have any university here and most families don’t afford educational expenses of other cities.”

During the later sessions, the Alumna reflected on the inspiring story of Khalida Brohi who as a teenager took a stand and worked toward social and economic rights of young girls and women. The participants were incredibly motivated to know about her work.

In the last session of the workshop, the participants were divided into groups that focused the four themes that the United Nations recognized from 2012-15 for the International Day for Girl Child.

The first group worked on the theme “Ending Child Marriage” 2012. They shared that early marriage for girls not only affects their education and health but leaves everlasting negative impacts on their young minds.

“Innovating for Girls’ Education” 2013 was the theme for the second group. Their idea was to motivate girls for higher education and be the change they want to see their society. They also introduced some unique educational projects that they may work on after completion of their education. 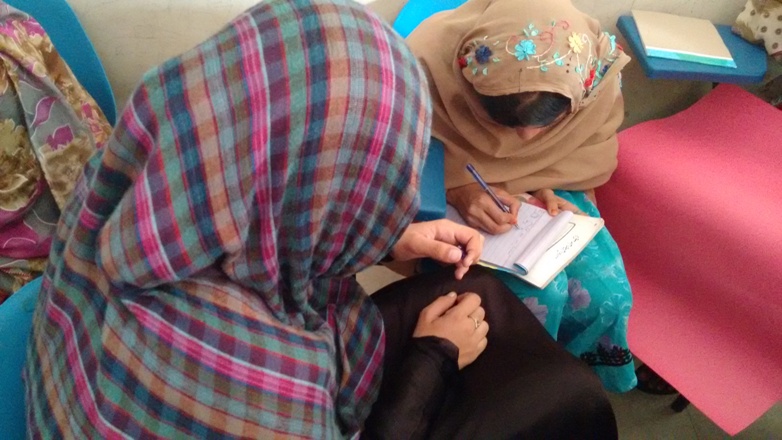 Scene of the event

The theme for the third group was “Empowering the Adolescent Girls, Ending the cycle of violence” 2014. They replicated the idea of educating the girls not only to read and write but to empower them by making them realize their rights, potentials and dreams. Once they are aware, they can never let their social, economic and educational rights get violated, as they said.

The last group worked on this year’s theme “The Power of Adolescent Girls”. Being adolescents, most of the participants were passionate about their different interests. They expressed their biggest dreams and the things they needed to do to achieve their goals.

Before the end of the workshop, the alumna shared about different educational opportunities and scholarships that can help them continue their education and expand their horizon.

Throughout the workshop, girls emphasized that although their society has not restricted them socially for a lot of things but there are still gapes to be filled in order to make them feel fully valued and encouraged to peruse their dreams instead of burying them.