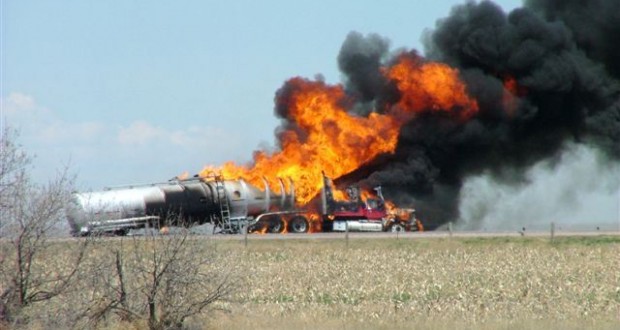 According to the details  that militants from nearby mountains opened fire on three  oil tankers in Choto area of Mastung and one of the tankers caught fire;however, there were no casualties as the drivers were quick to escape the scene.

Local administration reached on the site and extinguished fire. Further probe was in progress.

This incident comes at a time when Prime Minister Nawaz Sharif has signed eight mega agreements with the Chinese government during his five-day visit to the country.

2013-07-06
admin
Previous: Reformation needed
Next: Editorial: The Argentina Model For Balochistan? No, Thanks