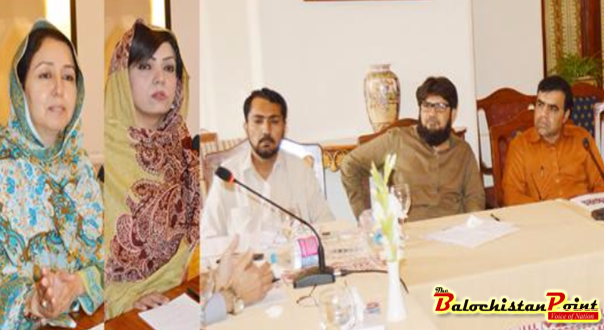 QUETTA: Population ageing is a global issue now and world is experiencing a demographic transition. Increasing longevity is one of humanity’s greatest achievements. However, Population ageing presents social, economic and cultural challenges to individuals, families, societies and the global community.

Department of Social welfare, Government of Balochistan and HelpAge international organized a Sensitization workshop here in Quetta on Population ageing and rights of older people. Secretary Social welfare, Muhammad Asghar Harifal who chaired the session informed the audience in the opening remarks that Government of Balochistan has recently approved the senior citizen acts now it’s the time for implementation. This should be accelerated. There is also a need of close coordination and collaboration between government and civil society organizations. Older people rights issues are human rights issues. He further emphasized that the senior citizen council should be formed as soon as possible. We all need to work together for a better inclusive society.

Dr. Shama Ishaq, chairperson Provincial steering committee for social welfare was the chief guest at the occasion. She highlighted the importance of inclusion of vulnerable groups in the development. Older people contribute throughout their lives, therefore their contributions should be recognized and their voices should be promoted. She also said Media has a great role to play to highlight the issues of older men and women and promote their rights. Civil society organizations are also contributing in welfare initiatives and playing a wonderful role.

Mr. Sher Ahmed Assistant Director social welfare department briefed about the salient features of Senior Citizen Act which includes the formation of a senior citizen council and privileges to older people of the province. Here in the Bill, the welfare refers to social welfare, economic welfare, boarding & lodging and legal protection.

Member of provincial parliament Ms. Spozmai Achakzai shared that this act should be approved earlier, but it’s never too late, now we should focus on its implementation. We should not forget our traditional and moral values, our culture sees older men and women with a great respect and they are seen as most respectable in the family. We should not prolong the implementation of this act. Older people are assents of our society and we should facilitate older people at their doorsteps.

Syed Moeez Ud din, Head of Programs at HelpAge International said that different in different consultations and studies Older People highlighted the significance of livelihood activities for themselves and their wider households, as well as their strong desire to expand, diversify and strengthen their livelihood and income generating activities. Microfinance institutions systematically exclude Older People due to misconceptions about their productivity, skills and ability to repay loans. Older People reported being very unhappy with both existing private and government microfinance and social protection provision and their exclusionary and discriminatory policies.

Ms. Salma Qureshi, Director Literacy & Non Formal Education said that social welfare department has been working on different issues of transgender person with disabilities, Dar Ul Aman and Beggars. We also took the initiative on legislation for protection of rights of older people.

Waqas A Qureshi, Advocacy & Communications Coordinator at HelpAge International said that Two people celebrate their 60th birthday around the globe every second, 1 in 9 persons in the world is aged 60 years or above. This will be increased to 1 in 5 by 2050. There will be older people than children under the age of 15 years by 2050.
Pakistan is the sixth most populous country in the world; it is amongst those 15 countries where population of people over the age of sixty is more than 10 million. It is estimated that 7% of the total population of Pakistan is over 60 with a figure of 11.6 million and this figure will rise to 43.3 million by 2050. Balochistan is the largest province of Pakistan, according to an estimate the population of the province is around 15 million. It is estimated that around 1 million older men and women are living in Balochistan.

Population Ageing is happening faster in Asia and especially in South Asia. Different countries around the world are developing legislations for protection of rights of Older People. Government of Pakistan has also shown progress towards legislation for protection of rights of older people: Government of Khyber Pakhtunkhwa approved (Senior Citizen’s Act 2014) in 2014. Government of Sindh approved (Senior Citizen’s welfare Act 2014) in 2016. Government of Balochistan approved senior citizen act in 2017. At the federal level, a national policy and bill has been finalized and in the final stages of approval. Similarly, Government of Punjab has also finalized the bill and will be presented in the assembly soon.

Published in The Balochistan Point on July 19, 2017