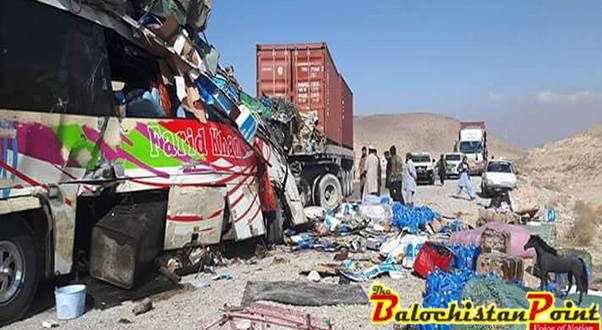 Khaliq Abad : At least one person killed and 15 others sustained injures   on Thursday  morning when a passenger coach collided head-on with a trailer on the Quetta-Karachi RCD Highway in the Khaliq Abad Mangocher area of Kalat district.

According to the Levies officials the passenger coach was going to Quetta from Karachi this morning.  It met with the accident in Khazinai area of khaliq Ababd Mangocher, in result the trailer driver died on the spot, while  fifteen passengers of coach got serious injuries.

The injured passengers are receiving first aid at Mangocher Hospital

The deceased trailer driver was identified as Muhammad Ibrahim from Landi Kotal.

Published in The Balochistan Point on January 7, 2016