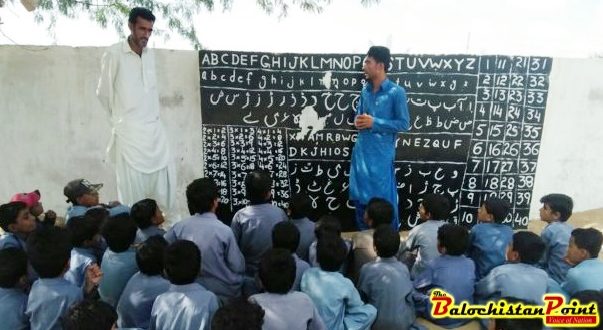 Government Boys Primary School, Babbar Shor, has only one room, which is also not in working condition, for over 120 students enrolled at the school. The list of problems is so long that it’s getting extremely difficult for students to continue at the school.

The boundary wall has collapsed from one side whereas the remaining portion of the wall is also in a poor condition that can fall down anytime. The water tank is full of soil instead of water. Sitting area for the students is too short that most of them have to sit outside under a tree to pursue education.

To teach a large number of students, there is only one teacher available. Akbar Ali, the only teacher at the school, told PakVoices, “It is nearly impossible for a single teacher to educate students of grade one to grade five.”

Ali further told, “The situation becomes really difficult when more than 50 percent of the students are sitting outside the premises of the school.” 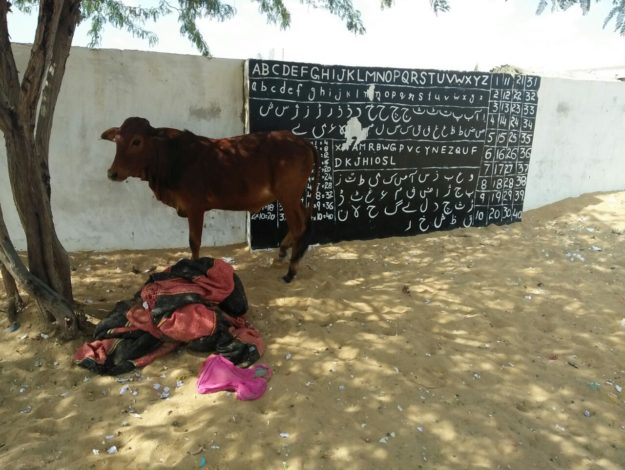 Animals roam around the area where students sit and study.

Mujahid Baloch, a fourth-grade student, talking to PakVoices said, “Due to lack of availability of enough space, we’ve to sit outside under a tree where animals eat our books and papers in our absence.”

A three-member team of Balochistan students organization(BSO), a student body which campaigns for the students’ rights, was also visiting the school. Akram Aslam, the organizer of BSO, told PakVoices, “We’ll take up this matter to higher authorities,” adding that they would make sure to visit the school in the future as well.

Akhlaq Ahmed, Deputy District Education Officer, speaking to PakVoices told, “We’ve written a letter to the Higher Education Commission (HEC) about the construction of a boundary wall and more rooms.”

He also assured that water tank will be replaced and at least one teacher will be arranged on an emergency basis.

Published in The Balochistan Point on November 10, 2017

The post was originally written for Pak Voices. It is republished in The Balochistan Point under a content-sharing partnership