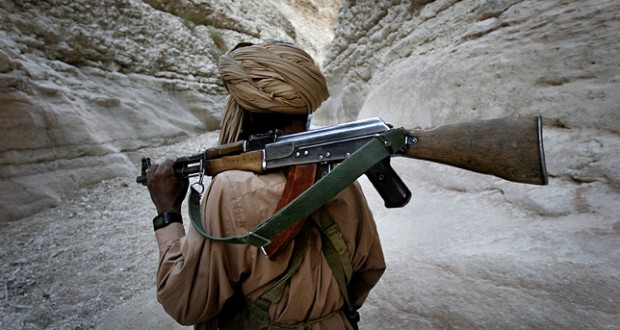 The true Origin of Baloch insurgency dates back to partition era when the Colonial masters decided to leave the Indian sub-continent and divided according to their will. According to the partition plan, India and Pakistan were independent while the princely states were allowed to join either of the newborn states or remain independent. Kalat declared its independence on 11 August 1947.This independence lasted 9 months and then the Kalat state was forcibly acceded to Pakistan. The Baloch retaliated and initiated insurgency plans under command of Prince Karim, younger brother of Khan of Kalat; Mir Ahmed Yar Khan, but it was curbed soon and prince Karim was imprisoned for 10 years. Four phases of insurgencies followed this event.

Quaid-i-Azam Muhammad Ali Jinnah attempted to merge Kalat into Pakistan, but Kalat’s parliament unanimously opposed his idea. Pakistani high officials forced Khan Ahmed Yar Khan to sign the instrument of accession. Since then, Baloch have been facing suppression and marginalization in socio-economic and political fields. All these circumstances led the Baloch towards armed struggle against State. The inefficiency of the federal government resulted in the insurgency movements of the Baloch.

In 1955, central government passed the One Unit Bill, under which West Pakistan was considered as one province to counter the strength of East Pakistan but that scheme was protested by the Baloch because they considered One Unit Scheme a direct threat to their political identity. In 1958, Khan of Kalat demanded abolition of One Unit and recognition of Baloch political identity but he was denied and imprisoned. Babu Nauroz Khan Zehri started armed struggle against Pakistan Army. Security forces took oath of Holy Quran that Babu Nauroz Khan and his companions will be pardoned if they surrendered.  However, they were deceived by the state forces and 90 years old Nauroz Khan was imprisoned while his sons were hanged to death.

In 1962, the Parari movement was started. Its main purpose was to oppose the new cantonments and naval bases. Marris, Bugtis and Mengals were the resistance leading tribes.

In 1973, the Baloch insurgency was much bigger in magnitude. Zulfiqar Ali Bhutto dissolved provincial government of Attaullah Mengal and imprisoned NAP’s leadership. The insurgency lasted for four years, from 1973-1977. Thousands of Baloch Guerillas participated and military troops took part in that conflict. Gunship cobra helicopters were used against Baloch to curb the movement. The Baloch warriors went to Afghanistan to seek refuge for refuge for over a decade.

In 2001, the Baloch insurgency renewed when Former Army Chief General Musharraf announced to develop Gwadar port without taking Baloch leadership into confidence. Baloch believe that Federal government is not providing financial autonomy. Saindak and Rekodic are examples of the lack of financial autonomy to Balochistan government where Balochistan government receives only 2 percent share of whole project. According to Frederic Grare, the lack of attention given to Balochistan is propelling the hatred of the Baloch towards the Federal government. Peace is not guaranteed without political autonomy, economic prosperity and due share in financial assets.

Late Nawab Khair Baksh Marri, the veteran Baloch leader said that the Baloch oppose the development activities in Baloch areas because Baloch have no faith in federal government. He believed that government always deceived Baloch in the name of development. Baloch despise the idea of being deprived of their natural wealth without any rewards. Baloch are also facing issue of Afghan refugee within the country, which is a serious threat to demography of Baloch. The Gwadar and Chaghi locals were untrained and Non-locals were hired, which deprived the rights of local population causing economic disparity among them.

Circumstances deteriorated in 2002, when Musharraf regime signed an agreement to hand over Gwadar port to a Chinese construction company. Baloch leaders arranged anti-Musharraf protests regarding Gwadar port. Many Baloch workers and political activists were arrested. Musharraf tightened the security in Balochistan. In response, Baloch reorganized their insurgent groups and started low scale insurgency against the paramilitary forces. They attacked foreign workers, killed Chinese engineers and threatened the government-led projects in the region.

Situation worsened in 2005 when a Sindhi lady doctor was raped allegedly by Captain Hammad in Sui Gas Field hospital. When he was declared innocent, Nawab Bugti and other tribesmen retaliated. The army attacked Dera Bugti and many Baloch were slaughtered. Nawab Bugti moved to mountains and He was killed in August 2006. His murder fueled the turmoil in Balochistan. Since then, Balochistan is under military control and the Baloch claim that the state forces have killed thousands of Baloch including political workers, doctors, activists and students.

The province’s socio-economic and political condition has deteriorated. There is no direct investment in Balochistan except few major projects. Commercial activities are minimal and government supervision is nil. The ongoing conflict between the army and Baloch is hindering provincial progress. Non-Governmental Organizations have also neglected the province by claiming security problems while concentrating on other parts of Pakistan. The federal government also paid no attention on internal infrastructure of Balochistan and linked Gwadar directly with Punjab and Sindh. Colonial pattern of development always threatens the interests of indigenous people because it ignores locals when matter of participation comes. Likewise, in Balochistan, all development work was started in resource rich areas, while other parts of province were neglected.

Following suggestions may ensure a sustainable peace in the region:

1. All stake holders must be taken onboard while initiating dialogue process.

2. There must be a political solution to address Balochistan problem.

3. Role of security forces should be minimal.

4. Gwadar port must be under provincial government.

5. Share of profits in mega projects must be increased for Balochistan.

6. Share of the Baloch in Federal Quota system should be increased.

7. All labor for the mega projects in Balochistan must be from within the province.

8. Federal Government must ensure the financial autonomy of Balochistan.

Author is a lecturer in International Islamic University Islamabad.

Published in The Balochistan Point on September 29th, 2014.