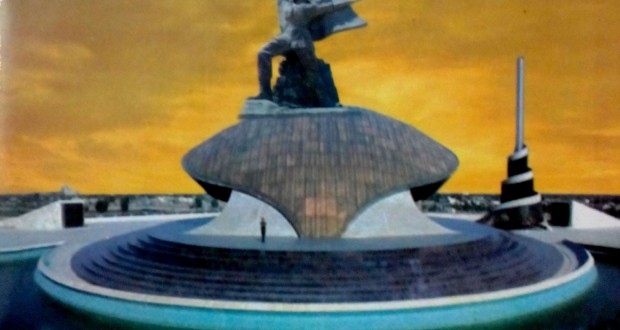 Azadi Ka Safar (Journey of Freedom) is the latest book written by Abdul Rahim Zafar. This book consists of 216 pages and it has been published by Balucea publications in Quetta. As the title hints, the book is based on the author’s journey to Iraq to participate in Freedom movement of Iranian Balochistan.

The Author, Abdul Rahim Zafar has been General Secretary of Balochistan Students Organization (BSO) and member of Pakistan People’s Party (PPP) and Jamhoori Watan Party (JWP). In 1970, Mr. Zafar was working in consulate of USSR in Karachi when He was asked to go to Iraq to assist Iranian Baloch comrades training there. The journey of the author from Karachi to Baghdad and the way back is the subject of this book. Author left Jeewani for Sharjah on a boat and reached in 9 days. After that he stayed in Dubai for a while and then again left for Iraq via sea route. The author was on his way to Baghdad from Basra when He heard the news of death of Gamal Abdul Nasser, the torch bearer of Arab Nationalism and president of Egypt. Mr. Zafar spent a year in Baghdad and then went to Kuwait where he spent one month before embarking on the journey back to Gwadar.

This interesting book reveals many facts which are not known by common people. Not many people knew that Iraq was actively helping the Iranian Baloch to fight for their freedom. This entire episode is missing from the history of the Baloch of this region and thankfully this book has shed light on it. The contents of the book also prove the fact that internal divisions among Baloch groups are a universal phenomenon.

The book contains many anecdotes of the author during his year-long adventure in Middle East. The author has written sufficiently about how much trouble a person faces while going to Middle East illegally. Amongst the anecdotes shared, the most memorable one is the meeting of the author with Leyla Khalid, the famous Palestinian freedom Fighter. To the surprise of the author she knew about Baloch.

This book is a treasure of information for the readers but at the same time it has certain shortcomings. The book consists of 216 pages but the main contents of the book are spread on only 105 pages. Rest of space is occupied by the articles written by author on politics and the views of companions of the authors about this book. In the first 50 pages of the book, the point of view of the main characters of the book has been published. A reader fails to understand any of that because it’s related to something which comes after the 68th page. So, it would have been better if the point of view of main characters Like Arif Barakzai and Jumma Khan had been published at the end of the book.

Despite its few shortcomings, this book is a must to read for those who are interested in the history of the Baloch of this region. This book provides the missing link about the Baloch freedom movement in Iran which has not been discussed so much in popular literature. Mr. Zafar has done a remarkable job by authoring a book and sharing his interesting experiences with readers. The lesson that can be learned from this book is that no political movement can ever be successful until and unless it’s organized and its leaders are united and sincere to the cause.

Author is the Editor of The Balochistan Point. He is also a Freelance columnist and Researcher. He tweets at @iAdnanAamir and Blogs at www.Adnan-Aamir.com.

Published in The Balochistan Point on September 29, 2014.