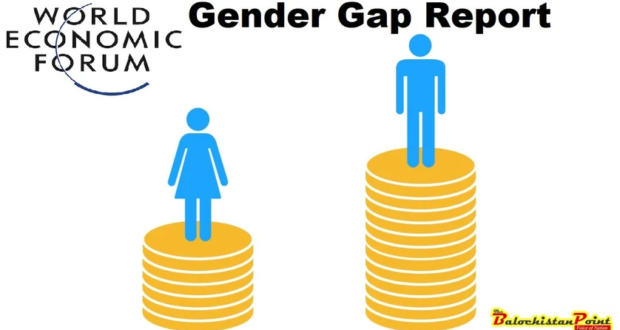 Islamabad:  Pakistan is the third least performer among countries in terms of gender parity, ranking 151 out of 153 countries in the world on Global Gender Gap Index 2020, report released by the World Economic Forum

The gender equality solicited through the global gender gap index report and the empowerment of women for gender equality provides a systematic approach and targeted platform on which men and women can engage and become change agents towards the achievement of gender equality.

Categorized as the lowest-ranked country in South Asia, Pakistan ranked at number 7 in terms of regional position of its overall gender gap as compared to Bangladesh and Nepal which were the top-ranked countries in the region ranking at regionally number one and 2 respectively, while globally at number 50 and 101

Amir Jahangir, Chief Executive Officer of Mishal Pakistan, the country partner institute of the Future of Economic Progress System Initiative, World Economic Forum said, “Pakistan remains one of the few countries in the world, where economic empowerment of the women is curtailed due to lack of social framework, digitalization of economy gives a good opportunity for Pakistan to develop identities of women both in the real and digital worlds, empowering women to make contributions in improving the gender gap.”

Pakistan ranks third-to-last (151st) on the 2020 Global Gender Gap Index, having closed only 56% of the gender gap. This performance represents an improvement from the previous edition (55.0), but it is insufficient to prevent Pakistan from falling in the rankings, as new countries have entered the rankings at a higher position. Pakistan ranks in the bottom 10 in three of the four main categories of the index and below the 100th mark in 12 of the 14 individual indicators composing the index. Encouragingly, however, Pakistan improves on a majority of them—sometimes markedly and is stable in the others. The gap remains cavernous in terms of economic participation and opportunities (150th). Only one-quarter of women participate in the labour force (i.e. working or looking to work) compared with 85% of men (148th). Only 5% of senior and leadership roles are held by women (146th), twice the rate of 2016. It is estimated that only 18% of Pakistan’s labour income goes to women (148th), one of the lowest share among countries studied. While a majority of countries have bridged or nearly bridged the educational gender gap, Pakistan’s still stands at almost 20%. Less than half of women are literate, compared with 71% of men, while the share of women enrolled is systematically lower than the share of men across primary, secondary and tertiary education. The political gender gap has narrowed markedly over the past two years but remains wide (93rd). In 2017, there was not a single female full minister. As of 1 January 2019, there were three women in the 25-member cabinet.

Iceland is once again the most gender-equal country in the world for the 11th time in a row. It has closed almost 88% of its overall gender gap, further improving since last year. Iceland is followed by Norway (2nd), Finland (3rd) and Sweden (4th). Other economies in the top 10 include Nicaragua (5th), New Zealand (6th), Ireland (7th), Spain (8th), Rwanda (9th) and Germany (10th.

Pakistan made some good progress this year in wage equality as well as on the educational attainment sub-index. However, this progress was insufficiently rapid to avoid the country being overtaken by a number of faster-improving countries at the lower end of the index’s global rankings, the report added.

The subindex where the average gender gap is the smallest is Health and Survival, where 95.7% of the global gap has been closed so far. Forty-eight countries have achieved near-parity, the next 71 countries have closed at least 97% of the gap, and only nine countries have yet to close more than 4% of their gap.

South Asia has made significant strides in narrowing its educational gender gap. In 2006, the gap stood at almost 20%, the largest of all regions. Since then, the gap has narrowed to 6%. Female attainment at all education levels is generally on par, or at times better than for men across the region—but absolute attainment levels for both sexes remain generally low. The main issue is gender differences in literacy rate. In India, 66% of women are literate compared with 82% of men. Pakistan’s literacy rates are 46% and 71%, respectively.

The slow rate of progress towards gender parity, especially in the economic realm, poses a particular risk given the fact that many jobs that employ a majority of women are likely to be hit proportionately hardest by the coming age of technological disruption known as the Fourth Industrial Revolution. This “hollowing out” of female livelihoods could deprive economies further of women’s talents and increases the urgency for more women to enter high-growth fields such as those demanding STEM skills. “Women and men must be equal partners in managing the challenges our world faces – and in reaping the opportunities. Both voices are critical in ensuring the Fourth Industrial Revolution delivers its promise for society,” said Klaus Schwab, Founder and Executive Chairman of the World Economic Forum.

Projecting current trends into the future, the overall global gender gap will close in 99.5 years, on average, across the 107 countries covered continuously since the first edition of the report. Lack of progress in closing the Economic Participation and Opportunity gap leads to an extension of the time it will be needed to close this gap. At the slow speed experienced over the period 2006–2020, it will take 257 years to close this gap. The second area where gender gaps will take longest to close is Political Empowerment. This year’s evolution speeds up the pace of progress towards parity, yet it will still take 94.5 years—even at this faster rate—to close the gender gap. Third, the Educational Attainment gender gap is on track to be closed over the next 12 years, mainly thanks to advancements in some developing countries. The Health and Survival gender gap remains virtually unchanged since last year. Globally, the time to fully close this gap remains undefined, while gender parity has been already fully achieved in 40 countries among the 153 covered by this edition of the report.

Published in The Balochistan Point on December 19, 2019

2019-12-19
admin
Previous: Replace Balochistan Freedom of Information Act 2005 with a Robust Right to Information Law: CPDI
Next: The Shaming of a Sexual Assault Victim