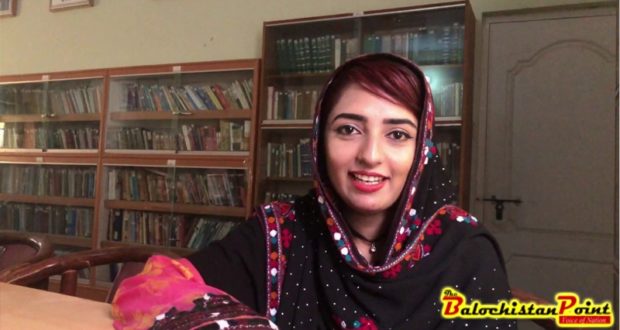 As the still deeply conservative people of Balochistan were battling with trauma inflicted by the University of Balochistan gender harassment scandal –where university administration and faculty were, literally, indulging in conduct that was no less than institutionalizing sexually predatory behavior- yet another case of sexual misconduct exploded into the public domain: The Anita Baloch Sexual Assault Case.

Anita Baloch, 21, who is an actress, anchorperson and video blogger from the port city of Gwader attempted suicide following an alleged sexual assault by fellow artist and a renowned name in Balochi cinema, Sarfaraz Bahiden, at a gathering at Anita’s home. The case has pitted Balochistan’s liberals against its conservatives and created an outrage amongst the film fraternity who are seriously offended by Anita’s derision of Balochi Cinema as being exploitative of its female artists.

Supporters of Sarfaraz –the conservatives– are on a witch hunt for Anita, accusing her of working for state agencies due to her association with a controversial news entity. Before making such grave allegations, however, one should analyze the scenario without losing sight of basic moral principles. Our analysis will focus on the Sarfaraz’s interview with Radio Balochistan.

To start with, Sarfaraz was under the influence of alcohol during the course of the interview and his tone was not one of regret, but rather unintelligent and baffling to any serious listener. Further, Sarfaraz’s claims of being unable to remember what transpired during the course of his intoxication are at best doubtful. For the sake of argument, even if we accept that he was drunk to confusion levels, when people suffer blackouts/loss of memory, to which Sarfaraz repeatedly referred to as “Connect/Disconnect”, how is it that the accused remembered most details, except those pertaining to what happened between him and Anita?

Furthermore, Sarafaraz has not denied Anita’s allegations but suggests he cannot recall what happened after he was called inside the house, despite being able to recall details like the different drinks he had, their origins, the drugs he took, the person who drove him to Anita’s home, the make of the car they drove in, other persons accompanying him and how a male member of Anita’s household called him inside to join them. Remembering all, but the final moments, renders his account seriously questionable.

Finally, people who want to discount the wrong done to Anita based on her association with a controversial news entity must remember that some things are fundamentally wrong; no matter what the context, one cannot justify them. Bribery, rape and murder are never justified. Even in an extreme environment like war, where killing does go unpunished as long as it is in line with the Rules of War, combatants are expected to not sexually harass or assault anyone. Sexual assault is never justified and anyone found guilty of sexual misconduct must be punished, no matter who the victim is.

Published in The Balochistan Point on December 20, 2019