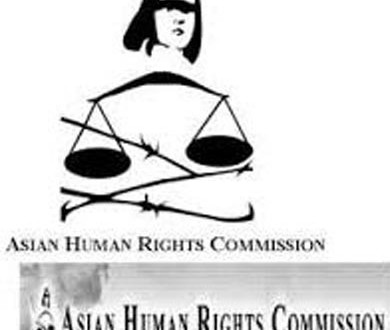 PAKISTAN: The AHRC appeals to Lateef Johar to end the hunger strike

A young student of 22 year has entered into 46 days of his hunger strike unto death today. His condition is very critical and there are fears of his slipping into coma as he faints most of the time. The government has completely ignored his hunger strike and forget providing medical help has not even bothered with monitoring his health. This has caused much resentment to the student community in Sindh and Balochistan.

Mr. Lateef Johar, a Baloch student, has gone on the hunger strike unto death to protest against the abduction of Zahid Baloch, Chairman Baloch Student Organization – Azad (BSO-A) on 18 March by the plain cloth persons claiming to be ISI operatives, the notorious intelligence agency. Since his abduction the provincial and the federal governments or the military has refused to acknowledge that Mr. Baloch is in their custody. Please see the Urgent Appeal that the AHRC issued on his abduction.

When there was no trace of his even after a month, the BSO- A started to raise their voice in the media. Three senior members of BSO-Azad are eyewitnesses to the incidence of enforced disappearance and are willing to testify in front of any international tribunal.

The hunger strike unto death was initiated as a last resort, after all efforts to trace Mr. Baloch were failed. The primary demand of the students was to get Mr. Baloch produced in a court of law even if the state agencies claim that he has committed any crime. Mr. Johar is camping outside the Karachi Press Club and has been on hunger strike for more than 46 days now. His condition is deteriorating fast and he has lost a lot of weight. His glucose level has gone 51; a condition that doctors claim can cause a heart attack. Johar is also suffering from severe abdominal pain.

The enforced disappearance qualifies as a “crime against humanity” according to the Rome Statute of the International Criminal Court. Disappearances like violate basic Human Rights such as the Right to liberty, the right to personal security and humane treatment including freedom from torture, the right to a fair trial and equal protection under the law and the right of presumption of innocence.

The life of disappeared person, Zahid Baloch, is in danger as evidenced by the torture marks on the bodies of the persons released as well as those dead from such illegal detention centers. More than 400 bodies of similarly disappeared persons have been found dumped on different spots since July 2011.

The indifferent attitude of the authorities towards the critical condition of Lateef Johar, the hunger striker, is condemnable and betrays the disdain that the government has for the life of citizens. Not a single official has visited Mr. Johar despite the fact that the chief mister house, assembly building and government secretariats are all within the radius of half a kilometre from the Karachi Press Club where he is observing hunger strike.

In view of the critical condition of Johar and the indifference of government, the AHRC appeals to the protesting students to break the hunger strike. The AHRC also demands that the authorities must provide immediate medical assistance to him and stop insulting the basic human right, the dignity of life. The AHRC, however, requests the students to take medical assistance from the doctors who have kindly agreed to its appeal to attend to Mr. Johar in case the government denies the legitimate rights to Mr. Johar.

The AHRC promises the students that it will support their struggle unconditionally as it has been continuously raising the issues of enforced disappearances and extra judicial killings of detainees at international level. The AHRC has raised similar issues innumerable times in the past with UN Human Right Council and Special Rapporteurs through petitions, letters to Secretary General, Chair Person of Human Rights Commission, Urgent Appeals, Written Submissions to UN and Statements and AHRC will continue.

While the AHRC, appeals to Mr. Lateef Johar to withdraw his hunger strike unto death it also urges the government to find a permanent solution to the issues of disappearances, abductions and extrajudicial killings according to international norms. (courtesy: http://www.humanrights.asia/)

Republished in The Balochistan Point on June 6, 2014