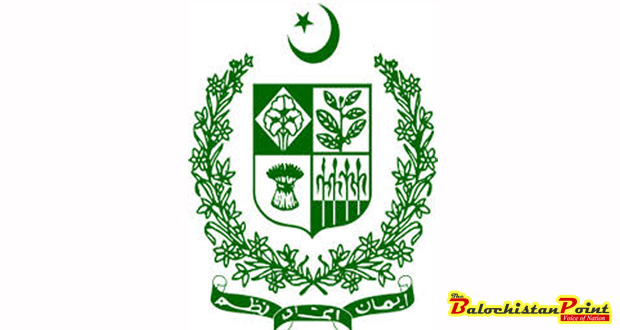 Initiative: the word that finds meaning in an attitude currently gripping the country from all sides. The initiatives – founded in 2015 and accelerated and reinforced in 2016 – undertaken by the leadership of the country have been a matter of surprise for many sensible and right-thinking Pakistanis. All the following undertakings seem to be initiatives rather than resulting from external pressures. Hence they rightfully carry profound meaning to those who are concerned with the dynamics of the national security and foreign policy. The commendable initiatives include rapprochement with India, engagement with Afghanistan and the recent astoundingly extraordinary initiative of mediation between Saudi Arabia and Iran.

Various qualified analysts adorn the initiatives with a variety of undertones. But, the great thing is that there is amazing consensus among all of them regarding the right direction of the national vehicle in relation to all the aforementioned initiatives of the leadership of the country. As a matter of fact, no sensible person can deny or belittle genuine and constructive initiatives. The initiatives carry various significant messages to the nation as well as to the broader international community. What can be those messages is again a matter of scrutiny and debate, but to a greater extent most of the initiatives carry some self-explanatory narratives.

Message number one, the most significant of all, is that Pakistan is awakening to its intrinsic and chronic problems. The most significant one is the issue of extremism and terrorism. One can find a link of extremism and terrorism in all the initiatives undertaken by the leadership of the country. This great realization has also pushed the country to forge exemplary civil-military consensus which had been rare for a long time in the history of the country. Moreover, the acknowledgement also gave birth to made-in-Pakistan strategies towards its national, regional and international dealings. The consensus first manifested itself in the formulation of National Action Plan and the war against terror in the country, particularly the operation Zarb-e-Hazb. The success of the war against terror in the country, which has tremendously lowered and downgraded the firepower and infrastructure of the enemy, has been possible owing to the success of consensus. Successes on the internal front have given heart to the leadership to take the idea to the regional and international fronts.

On regional front, the meaningful engagement with Afghanistan by Pakistan through certain untraditional means and approaches has now been recognized and valued even by the international community. The broad-based Quadrilateral Talks that involves important regional and global players should provide an adequate proof to the change of minds and hearts at least on the part of the Pakistani side, which is commendable, sensible and durable. Pakistan appears to want the process to be meaningful and result-oriented at least for the two countries of the region. Nonetheless, the process is not a short one and it will certainly require passion, skill and acumen on the part of both the regional and global leaderships. Here, it is to be mentioned with due emphasis that the Pakistani initiative to engage Afghanistan meaningfully and sustainably has also been due to its leadership’s firm stance against the menace of extremism and terrorism which are crippling the whole region for a couple of decades now.

Similarly, stabilizing ties with India on the eastern front has been another vital initiative on the part of the Pakistani leadership. Interestingly, the dimension of extremism and terrorism, prevailing in both sides with varying intensities by the so-called non-state actors, is again taking a central stage in the process of rapprochement and stabilization.

Now come to the global stage. Who had ever thought that one day Pakistan would emerge on the global stage and offer to the world sensible options and narratives of coexistence? This has already been done. The two Sharifs have embarked on the global initiative by offering diplomatic means to deescalate tensions between the two important countries of the Muslim world – Saudi Arabia and Iran. Here, again the initiative is self-explanatory: expect from Pakistan the decent and constructive means only. The message should be clearer and louder for the people in Pakistan too.

After-all, one has to deliberate on the messages and implications carried by the national, regional and global initiatives of the leadership of Pakistan. What comes to mind in the first place is the realization now at all levels in the country that the country must get rid of the menace of extremism and terrorism. Moreover, it has also been realized to post an important signal to the regional and global community that Pakistan has the will and capacity to play its role in the regional and international stability. The messages carry a lot of sense and meaning for everyone, be it nationally, regionally or globally.

Optimistically, the initiatives will further engage the country with the rest of the world in a meaningful and constructive manner leading to create numerous dividends to the people of the region. Apparently, one of the short-range bonuses can be the substitution of geo-political model with the geo-economic pattern in the region, which can potentially rewrite the destiny of the people in the region.

Published in The Balochistan Point on January 30, 2016