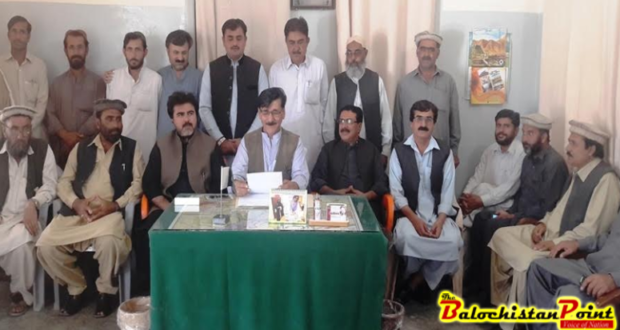 Para staff warned to boycott anti-polio campaign against due payments

ZHOB: Para Medical Staff Association has lamented the district health department and the provincial health authorities for their failure to pay the due payments to the staff.

“Para medial staff has not been paid the dues for carrying out the anti-measles campaign in the urban and remote urban areas of the district,” said president of the association Muhammad Tahir Hotak.

He added that the health authorities have been delaying payments of the Para staff since a long time. He threatened to boycott the upcoming anti-polio drive, if the dues were not paid to them immediately.

“The vaccinators would boycott the upcoming anti-polio campaign in the entire district, if they were not paid dues without any delay,” Tahir Hotak warned.

Cold wave: Zhob valley received rain after a long dry spell, intensifying the cold wave and bringing the mercury down here. High-altitude areas including Koh-e-Sulaiman, Shin ghar, Saangay ghar, Gustoi, Babar and the city areas received winter rain. Severe cold also gripped the neighboring Sherani district after receiving rain, which restricted the residents of hilly areas to stay indoors. The people are seen wearing warm clothes to save themselves from the cold waves. The people here usually enjoy the winter special cuisine ‘Landi’ – traditional dried meat to protect themselves from the biting cold.

On the other hand, the people of the area have been facing a great deal of inconvenience owing to power tripping and low-voltage that has created numerous problems and multiplied the miseries of people manifold.

Published in The Balochistan Point on January 22, 2019