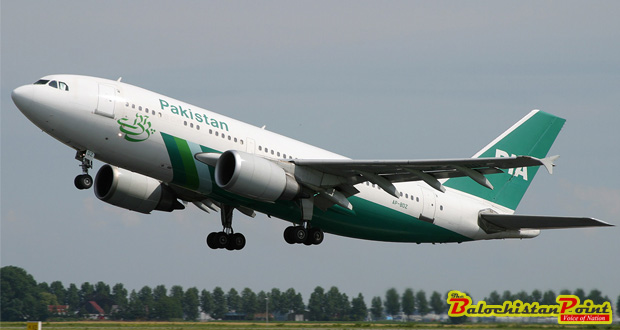 Quetta – Pakistan International Airlines (PIA) is  treating Balochistan as a step-child said the members of Balochistan assembly, on Friday.

Members of Balochistan assembly criticized PIA for replacing Boeing planes with ATR-72 aircrafts which are smaller in size and can carry fewer passengers.

Provincial minister for information, law and parliamentary affairs, Abdul Rahim Ziaratwal said that people of Balochistan in huge numbers travel to Gulf States for different reasons. PIA has suspended all international flights from Quetta which is condemnable, added Mr. Ziaratwal.

Raheela Durrani, member of Provincial Assembly (MPA) said that in Quetta it’s very difficult to get a seat of PIA for any flight due to fewer flights and smaller planes in the form of ATR-72.

Balochistan assembly unanimously adopted a resolution which demanded that PIA should start direct flights from Quetta to Gulf States and replace ATR-72 aircrafts with Boeing planes for Balochistan flights.

The Balochistan Point published a detail story on how PIA was treating the people of Balochistan as children of lesser God.

The Balochistan Point was first media outlet to highlight the discriminatory role of PIA towards Balochistan.

Published in The Balochistan Point on May 23, 2015