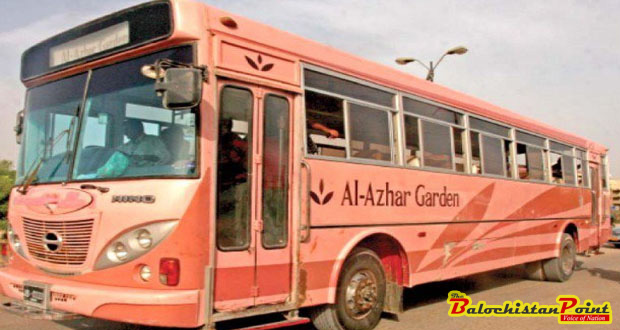 The Missing Commotion For Minority Killings

The Attack on Ismaili Shias on May 13th added another to the long list of doomed days that we seem to have even lost count of. If each such day is dedicated for the remembrance of victims, we will have nothing else but to grieve all year long. According to Asian Terrorism Portal more than 20,000 persons have been killed since 2003 in such incidents in Pakistan. Besides, attacks on religious and sectarian minorities have seen an unprecedented surge over the past few years.

A general attitude from the more populous Sunni Muslims in the country makes minority religions and sects vulnerable targets more than the difference in their beliefs do. The reason that they live in separate communities depicts the fact that they have a hard time in mingling with the majority.

Entangled in the dense web of fatwas and confused by the hate spreading sermons of some religious scholars a lot of us are scared of tumbling and finding us on the other side of the borders of the faith which seems to be getting narrower with the passage of time. Who knows how far eating food, prepared by someone from a different faith, will will take me to that border and how am I going to answer if a non Muslim greets me with Asalam o alaikum?

To avoid complicating our lives we keep a distance from the minorities who now happen to include Muslim sects too not because they decided to be a part of it but because the hardening and discriminatory attitude towards them pushed them there.

This swelling of minorities and settlement of communities according to their faith has had an impact that most have not realized. Not only has it increased our vulnerability to acts of terrorism but it has weakened the strength of people in Pakistan by locking the impact of attacks only to particular vicinities. While we grieve and lament on the loss of precious lives we remain oblivious of the real impact and fail to assess the real outcome of such attacks because people in Pakistan don’t live together but in communities based on their faith.

And, when it comes to holding concerned government organizations accountable, protests are held by only those who have suffered. Some others do join them but most think of it as not any of their headache.

Then there are also those who think that since their faith is that of the majority and falls within the prescribed conditions supported by the extremists themselves, they have the least to worry about. They come up with long lectures when asked to condemn an attack on minorities. Most of them however do condemn the act but there are always ifs and buts to follow.

In June 2013, a bus of Sardar Bahadur Khan Women University was blown up by a suicide bomber in Quetta killing 14 female students. Not a single victim of the incident belonged to a religious or sectarian minority which would have settled the puzzle for the self-proclaimed half-literate religious apologist analysts who munch on their theories after reading the morning newspaper in offices, shops and street corners. No further discussion would have been required on the motive behind the attack rather the discussion would have found itself in describing the details of the belief of the sect justifying why some groups would go that far in trying to execute them.

The incident was enough to wake some from slumber of denial but for some others it wasn’t. They came up with the story that the bus which was attacked had been carrying Hazara students and the incident was a result of misunderstanding as if they were disappointed not because 14 students were killed but because 14 others survived.

The justification for the Ismaili Shias was not that complicated however. For the people who live behind walls that depict Verses of Quran on the inside and hatred slogans on the outer side, who will argue for hours on the proper length of beard mentioned in Shariah but will find reasons to lie, steal and bribe, who think every member of minority religious or sectarian has an unpleasant odor until they convert to their version of religion, and who for some reason think that they will enjoy the fruits of having the right faith after this noisy, trashy, violent, troublesome, and unpleasant life of theirs  is over, such incidents won’t make a big fuss.

Published in The Balochistan Point on May 23, 2015