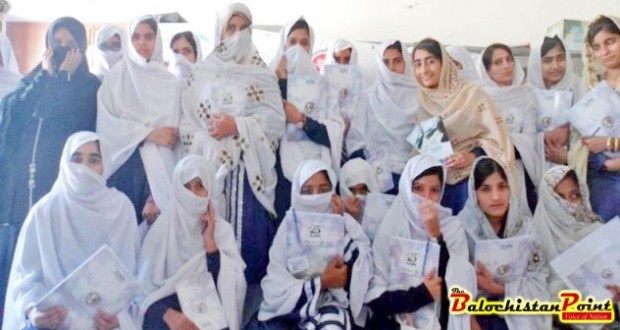 Every one has idea about the shortcomings and limited facilities in educational system and institutions in Balochistan, where students are deprived of facilities in schools, neither good watering system is available nor good teachers. We always see in Balochi News Channel showing thousands of problems in Balochistan and highlighting the educational issues too.  The talent of Balochs cannot be denied but no availability of opportunities in institutions and society keeps them under pressure.

In Balochistan students have many problems. Factors like family problems, financial problems, poverty greatly affect the future of a student. On the other hand Government and media seem to be tacit in interacting with the issues in Balochistan on the other hand the ongoing preplanned conspiracy against Baloch students by some political parties, religious student’s wings and “ abduct, kill and dump” policy have  psychologically affected Baloch learners.  Baloch Students strive to get best education ignoring poverty and financial problems, when they get education so either their talent is murdered or they are abducted.

Student like Maryam Suleman Baloch,Khalida Brohi and many other talented are neglected in Pakistan  but when someone like Malala is injured/shot so she is sent to foreign country for protection.

Students are also not satisfied with their Schools managements. There are no good teachers to teach, thus, students are compelled to leave their regional colleges and study in Capital or somewhere else. Balochistan is the only province which is affected by highest Illiteracy rate .The government of Balochistan always addresses in speeches that the budget of education is increased but suddenly that budget is out of news. Government assures of providing basic rights but people die of thirst and hunger.

The government as usual has failed in heeding the educational issues.  Balochs are not illiterate, uneducated and dull, however, the ruthlessness of the leaders lead them to failure. They are not backward but the systemized favoritism and discrimination against them makes them toward the back.

In Pakistan culprits are not put in bars for illegal works and in Balochistan students are tormented just for raising voice against “Violence”. Government has never provided such tools for students that they should exempt their selves from such vulnerable situations. The laws, regulations and verdicts are always useless for Balochs as they are always deprived of their fundamental rights and life of Balochs is jeopardized customary.

Published in The Balochistan Point on February 24, 2016

2016-02-25
admin
Previous: BHC Approves Hearing of Saqiba Suicide Case after a Protest by her Family Members
Next: Empowering Youth through Education and Skills Development is key to Sustainable Development: UNHCR