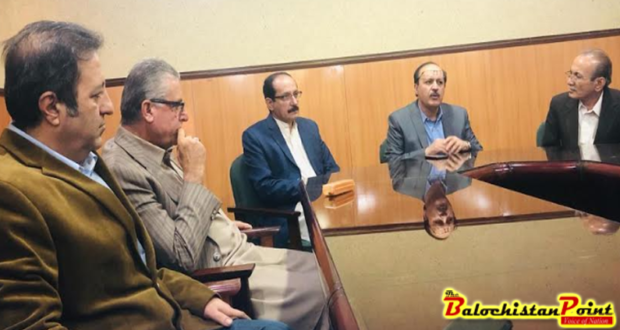 Pakistan Medical Association Quetta Zone, PMA Balochistan, Bolan Medical Teachers Association (BMTA), Young Doctors Association (YDA), Baloch Doctors Forum, Malgari Doctoran, YCA and All Pakistan Para Medical Staff Federation’s representatives in a meeting held in Quetta showed concern and strongly condemned the incident and termed the kidnapping of doctor in broad day light was a complete failure of the government. They demanded of the concerned authorities to immediately and safely recover their colleague and those involved in the kidnapping to be awarded an exemplary punishment.

Secretary Doctors’ Action Committee and President PMA Quetta Zone Dr. Kalimullah Mandokhail told correspondent Rafiullah Mandokhail the incident has created uncertainty among the medical fraternity. A priority must be given to the doctors’ security, so they could serve in a secured environment. He demanded.

“We will continue our protest until the kidnapped neurosurgeon Dr. Sheikh Ibrahim Khail is recovered,” Dr. Kaleemullah Mandokhail vowed.

It is pertinent to mention that neurosurgeon Dr. Sheikh Ibrahim Khail has been kidnapped in Shahbaz town area of the provincial capital on Dec 14, when he was on his way home from work.

Meanwhile, in Zhob district over Rs.5.5 million have been deposited in the government exchequer after deduction from the salaries of absent doctors and medical staff by the district health committee here on Tuesday.

Published in The Balochistan Point on December 25, 2018