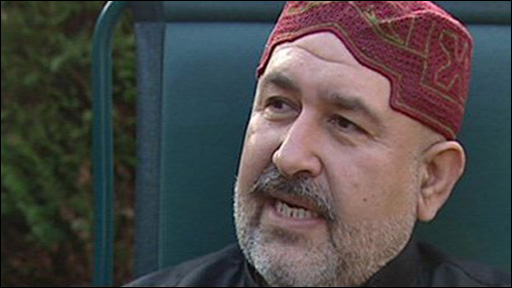 Point Of No Return

HE says he chose Cardiff in South Wales because the mountains reminded him of home. “Whenever I get bored or remember my country, I take a walk there,” Agha Mir Suleman Daud Khan, the 35th Khan of Kalat, told the BBC in 2007.

But life in exile for the Baloch khan is not a break from the troubles back home. “Everyday we are trying to let the world know about human rights violations in Balochistan. We are not on a holiday here,” he told this reporter by phone.

It has been nearly eight years since the khan went into self-exile in 2006. At a grand jirga of Baloch tribes after the assassination of Nawab Akbar Bugti during General Musharraf’s rule, he promised to take the state of Pakistan to the International Court of Justice in the Hague over the human rights violations of the Baloch. He also contested Pakistan’s claim to the former State of Kalat, asking for its restoration and independence.

This last Tuesday, treasury and opposition members in the Balochistan Assembly passed a joint resolution to seek his return “to play a role in restoration of peace” in the province. Though largely symbolic, as the khanate is no more, the title ‘Khan of Kalat’ carries the weight of royalty and an ancestral history of ruling Baloch tribes and territories for centuries.

The khan heads the Baloch Supreme Council, formed in 2006 to address the rights violations, which includes influential sardars. The Balochistan government now seeks to use the khan’s influence over tribes to bring Baloch insurgents around to peace negotiations. “The khan is not at war with the Pakistani state,” says a Quetta-based analyst. “He doesn’t have an army that attacks the security forces. He only has conditions [relating to Baloch human rights]. After some bargaining, he will be brought back through a jirga of politicians and tribal elders as a gesture of respect. If he comes back and asks the tribes for peace, it would be hard to disobey him.”

Some say that since the khan has never engaged in insurgency, he may be irrelevant to the peace process, pointing out that those who lead the insurgency aren’t willing to talk to the state.

“The khan can’t possibly be the go-between if they don’t want to talk peace, as evident from all the London yatras of the chief minister,” says Abdul Hakeem Baluch, former chief secretary and author of Baloch Qaumiat, Khaniat aur Sardariyat. “He had little success bringing back Hyrbyair and Brahmdagh round to dialogue. Bringing back the khan would be a face-saving of sorts since he is widely respected by the tribes.”

The Balochistan government insists it is sincere in reaching out to the aggrieved parties but doesn’t want to make parleys public for fear that media discourse may have “negative implications”. The appeasement process, it says, started long before the recent resolution.

Sardar Abdul Rehman Khitran, opposition MPA from the Jamiat Ulema-i-Islam-Fazl who tabled the resolution, said it was meant to “shake” Dr Abdul Malik Baloch’s government into action because it had failed to win over exiled Baloch leaders: “The khan, as head of the Baloch Supreme Council, could influence them because they don’t deign to engage with [the middle class, non-tribal leadership] of Dr Baloch. If the head of the house sits at the table, others may come too. The khan has been living in the UK for years and has contacts with Harbiyar Marri and Brahmdagh Bugti. He can reach out to them more easily than Dr Baloch.”

Agha Mir Suleman Daud Khan laughed when asked what he had to say about the resolution. “I am grateful to the Baloch, Pakhtun and Hazaras for seeking my return, but what will the resolution fix? Our struggle is for freedom. How many people died when Scotland sought separation from the British union? None. That is the beauty of democracy. In our part of the world, we have been bombed and killed, again and again since 1948, for asking for our rights.”

Apart from terming the government’s initiative a futile effort, some liken his return, if it happens, to political suicide. “If he’s induced by the authorities to come back, that would sever his ties with the Baloch movement,” says the editor of a Quetta-based Urdu daily.

The khans have traditionally eschewed politics, taking on more of a leadership role settling tribal disputes. But his family members have dabbled in politics. In this contrary leaning to rebel against the system while also remaining a part of it, analysts see the erosion of the Baloch struggle.

Others say the state in its effort to mollify the Baloch, is still looking at the past for solutions, rather than addressing the real issues.

Among Baloch hardliners, many blame the khan for failing to take the Baloch case to the ICJ, for letting down the people who trusted him with the task and seeking asylum in the UK. For his part, the khan is bitter that the people who sent him didn’t support him till the end, choosing to contest elections and taking up lucrative posts in government.

“He did all he could on his own even when he had no resources to hire a lawyer that cost millions of dollars,” says a family member. “He has no regrets. He went of his own accord, and knows better than to return because that would mean dishonour.”

It appears for the khan, returning to Pakistan may not be an option, then. For now, he will have to be content with an austere life in exile. But there are consolations, he says: “Everyone misses home,” he says. “But whatever we are doing is for future generations. I miss home but there are greater causes to keep in sight.”

Republished in The Balochistan Point on October 7, 2014.

2014-10-07
Editor
Previous: KARACHI: Relatives of Missing Nabeel Demand For His Safe Recovery
Next: ISIS Militants Can Be Present In Balochistan: Dr. Malik