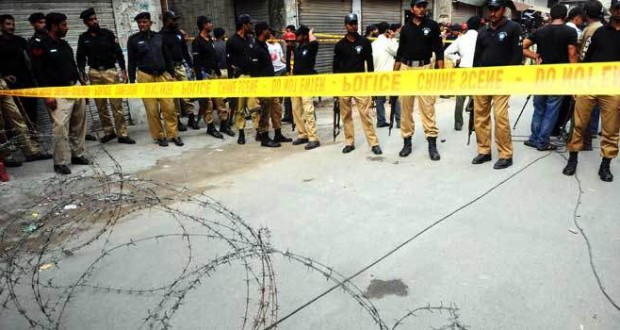 Police man gunned down in Quetta

Quetta: A policeman was gunned down at Sariab Road of Quetta.

Police officials said that Munir Ahmed a police constable was on his way when armed men riding a motorbike sprayed him with bullets at Arif Line of Sariab Road.

The policeman died immediately and the assailants fled from the scene. However, motive behind the murder is yet to be ascertained.