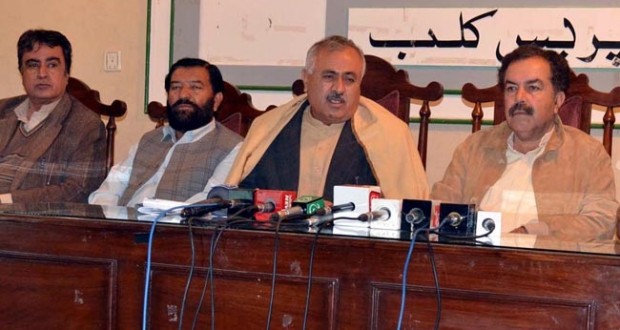 QUETTA: Addressing a press conference here Saturday, Provincial Information Minister Jaffar Mandokhel announced to stage a sit-in outside the parliament on January 12, 2014, adding that the opposition and other parties would participate in it.

They said the problem would be taken up at the Balochistan Assembly for seeking its elimination. They said political parties would foil abduction for ransom incidents by force as these cannot be tolerated any more.