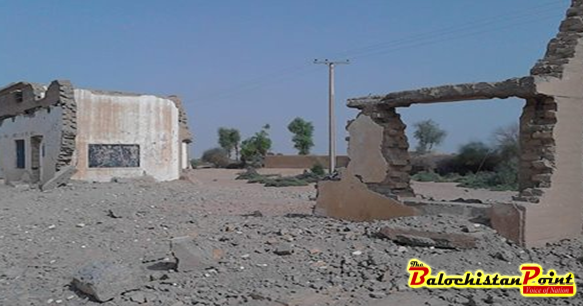 Naseerabad: Despite tall claims of education emergency in Balochistan the condition of Government Middle school Korar in Chattar remains poor as it was.

The school was damaged in an attack by a militant organization but after three years the building is still in the same position.

Government Middle School Korar has no building boundary wall clean drinking water and other facilities. There are 17 teachers in school and the strength of students is nearly 100.

The future of the younger generation is at a high risk.The unavailability of facilities has also caused great dropout of students. There is no chairs for teachers and students.

Chattar is situated in Naseerabad district. Among some primary, middle and high schools the Government middle school Korar is one of them which is situated in Chattar.

Published in the Balochistan Point on October 11, 2016

2016-10-11
admin
Previous: Letter: The education policy is required to be reshaped
Next: The Girl that took Balochistan & National Football Team to higher ranks passes away