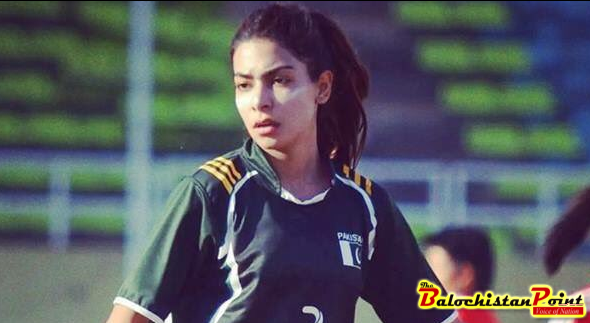 Karachi: One of the finest strikers for Pakistan women’s football team, Shahlyla Ahmadzai Baloch passed away in a car accident late on Wednesday night in Karachi.

According to the family sources, Shahlyla Baloch was sitting in the passenger seat when the accident occurred in Karachi’s DHA Phase VIII area.

She was daughter of senator of Ex-Minsiter Aga Irfan Kareem and current Senator Rubina Irfan.

Earlier, Baloch became the first Pakistani woman to score a hat-trick abroad during her stint in Maldives. She also made the score sheet in Pakistan’s 4-1 victory over Bhutan in 2014 SAFF Women’s Championship.

The 20-year-old played for the Balochistan United FC as a forward in the domestic circuit.

Published in The Balochistan Point on October 13, 2016