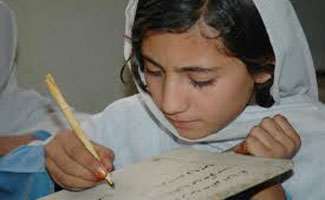 Poor State of Education in Balochistan

Though Balochistan is the richest province of Pakistan since it contains mineral resources in the shape of marble, coal, oil, gold copper, natural gas and a 750 km long coastal build but still the province is deprived of  supports from all types of social, economic and political crisis.

The incidence of poverty is higher than anywhere else in Pakistan, even though it is rich in mineral wealth. Over 50 per cent of the population subsists below the poverty line. However, today education is emerged as the most essential issue of the province.

No doubt, educational system in Balochistan is more backward than other province of Pakistan. According to a report published in  Dawn, that more than half of the residents of the province are deprived of education, because the province also has  the lowest numbers of educational institutions. In total number of institutions in the country, 48 per cent are in Punjab, 22 in Sindh, 17 in Khyber Pakhtunkhwa and only five percent are in Balochistan, even though out of these five per cent of institutions there is not a single institution where students are getting proper and quality education.

Published in The Balochistan Point on May 21, 2014