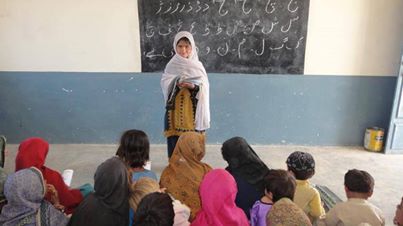 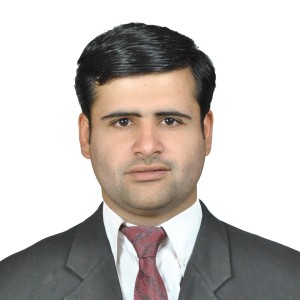 My hometown Panjgur in Pakistan’s Balochistan province was once among the most educated towns in Balochistan. Now it is terrorized by a radical armed group called Tanzeem-ul-Islam-ul-Furqanopposing girls education in the district.

On April 25, a letter from the group circulated in Panjgur warning all the private schools to stop Western education, which the terrorists claimed to be manipulating the girls’ minds. The learning of the English language was also ironically forbidden, prompting the closure of 23 educational institutions including English centers in Panjgur.

The recent attack on Major Hussain, a head of a private school, triggered further fear among the residents and girls. Mr. Hussain was stopped by four masked armed men while he was driving girls to school. They forced everyone to get off the van and torched it. 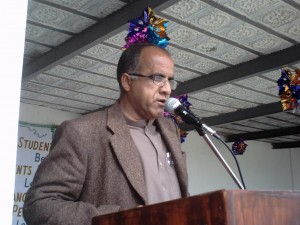 Zahir Hussain Baloch, the founder of The Oasis Academy, Panjgur

region two decades ago when Sir Zahir Hussain, a Panjguri resident and educator, opened an English language facility after returning from the United States.

The Panjguri people were never barred from pursuing quality education, and residents of Panjgur responded by taking to the streets in a record number to show their support for girls’ education. They protested against the termination of private schools in front of the Panjgur Deputy Commissioner Office and demanded security for the teachers.

Stopping the Baloch girls from education would mean halting the nation from knowing their basic rights, because the Baloch women have been very active for the last few years in the Baloch rights movement.( courtesy :Sharnoff’s global views )

Changiz Khan Baluch is from Panjgur, Balochistan. He is a recipient of the Community College Initiative Program based in Phoenix, Arizona. Changiz is a blogger and contributing writer for The Baloch Hal and Bolan Voice. Follow him on Twitter @changizbaluch and blog:changizbaluch. Read other articles by Changiz

2014-05-21
admin
Previous: Poor State of Education in Balochistan
Next: Each penny of resources would be spent for the education of the children: Chief Minister Balochistan