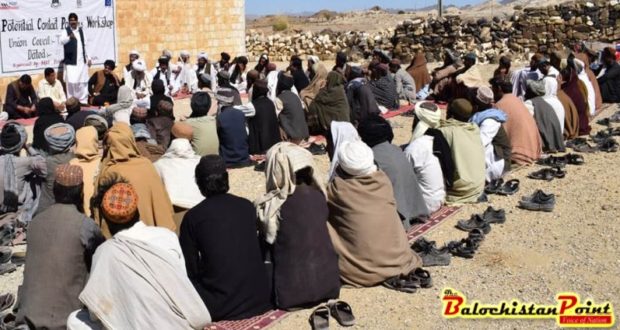 Poverty-hit area with hundreds out of school children, unnoticed disables

ZHOB: “In union council Tang Sar hundreds of children do not go to school besides dozens other unnoticed disable living in the extremely poor hilly area.”

This was reveled in a recent survey conducted by Balochistan Rural Support Program under its Brace program in the district.

The survey revels that the union council is a cluster of eleven villages and comprising around seven hundred households. Half of the population estimated over four hundred house holds fall under the poverty line in the first three bands of HHs poverty classification.

The survey shows that 56% people of the total population belong to lower calls in terms of poverty. That is why 1742 children out of total 2774 children (5-16 of age) in the union council do not go to school. Moreover 732 children have never ever attended the school, either due to poverty, strict tribal and cultural barriers or lack of awareness.

Although neither a non-governmental organization had ever approached the area nor an official had set foot in these villages, however BRSP’s social mobilization staff led by field unit-3 in-charge SSO Naqeebullah Babar stepped into the area for the first time and accessed the community members including religious scholars and notables to support their BRACE program. The staff members left no stone unturned to complete the Potential Control Persons (PSC) survey effectively.

Following the survey a workshop was also organized in the area that was attended by over one hundred community members, elected representatives, Ulema and poor disable persons in a large number.

“The program focuses on the empowerment of communities and enabling them to implement community-driven socioeconomic development interventions,” he added.

When contacted, Social Organizer Afzal Khan to shed light on the formation process of local organizations and role of community towards the program and its activities, while Planning Monitoring Evaluation and Research officer Abdul Rasheed termed the BRACE program very beneficial for the poverty-hit remote area and unprivileged community.

Published in The Balochistan Point on December 17, 2018

2018-12-17
admin
Previous: Letter: Chinese Language compulsory but why not Balochi?
Next: Book Review: Hani and engagement with birth