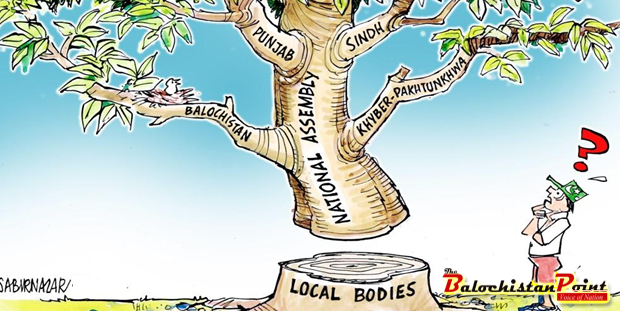 The local government in Balochistan is deprived of its rights. After the passage of three and half years, yet the provincial government is not delegated power to the grass-root level. If the government was not sincere to share powers why it conducted local bodies’ elections in the province?

Dr Malik’s government loudly claimed to be the first to conduct local government elections in the province, when other provinces were waiting to go for it but at the same time, he forgot to take steps to empower the third tier of democracy and enable it to contribute its role in an effective way. In some districts of Balochistan, local representatives recently announced to lock down their offices and pause to deliver their services for indefinite time namely in districts Kech, Gwadar and Naal, respectively.

If the government is not ready to give the local government administrative, financial and political powers then how this institution can work competently? Asking for their rights and protesting to get its due share, is the political right of every citizen and in the democratic system it has significant value to raise voice before the people who are having access to the power corridors.

Published in The Balochistan Point on November 17, 2016