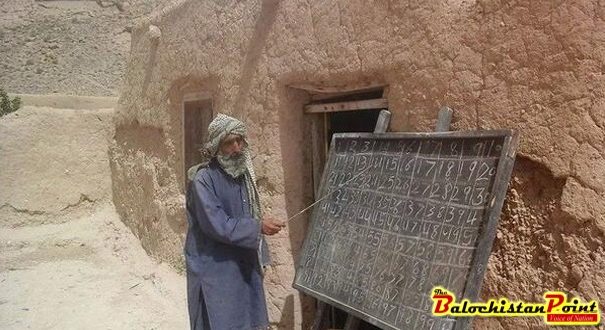 It is very embarrassing to ponder about the bright future of Balochistan as the conditions of primary schools in the province is highly deplorable in spite of being the most resource-rich province of the country. Lamentably, there is no any total environment for learning that optimises the ability of students to learn. The education state is totally unsympathetic and catastrophic across the region. The condition of primary schools are worse than ever because of no sincere attention and proper planning in the field of education to ameliorate the situation while the relevant authorities are merely making false claims about promoting the education sector in the province.

According to some reports, there are more than 12,500 primary schools across the province. The plight of these schools are even more disgusting and devastating. Students are deprived of their basic necessities and facilities of education which is a must.

The Balochistan coalition government had allocated the budget of RS328 billion for the fiscal year 2017-18 on 15th June. It was indeed fortunate that the largest departmental wise allocation in this budget was for education sector where 54.96 billion would be spent for upgrading the education system and providing basic infrastructures to students. Regretfully, these rupees were not spent on the province’s deteriorating education system. This results in the misappropriation and wastage of funds.

It is indeed puzzling for Balochistan that around 1.8 million children still do not attend school in the province. More than 66 percent of children in Balochistan drop out by the time they reach at the primary and middle school level between the ages of five and sixteen, whereas 45 percent of students quit prior to completion of matriculation.

Children’s illiteracy is increasing at an alarming rate owing to it, child labour is burgeoning rapidly across the province. Majority of the children abandon school without fulfilling their education and get indulge in patronage. Ironically, the higher authorities have not made any serious attempts to tackle the child labour which has become a longstanding problem in the province.

There is no denying the fact that Balochistan is the most backward and neglected province of the country which is lagging behind the other provinces regarding education. More surprisingly, only 1.3 million are pursuing their education in an abysmal state of education sector in the region. The primary education sector must be the government’s utmost priority and needs to be brought up to educational standards.

There is a pressing need of assuring standard education in primary schools for the betterment of child’s education. The provincial government should make combined efforts to improve the children’s illiteracy proportion and launch a campaign to set out enrolling kids in the educational institutions.

Education is the backbone for the progress and growth of any nation. It plays a vital role in any child’s life. The provincial education minister must not ignore the quality education and take remedial measures to illuminate the future of upcoming generation. Education authorities are requested to take swift and judicious steps in order to give access to basic educational facilities to primary schools of the province.

The writer is a student of pre-medical at Balochistan Residential College (BRC) Turbat. He can be reached atmannansaamad@gmail.com

Published in The Balochistan Point on June 12, 2018

2018-06-12
admin
Previous: A  Loquacious Era
Next: Steps being taken for betterment of agriculture in Balochistan