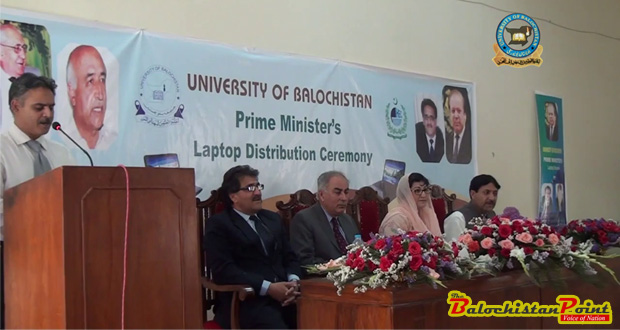 Vice chancellor of UOB, Professor Javed Iqbal spoke at the ceremony and apprised the guests about the UOB and its faculty and disciplines that are taught in it.

50 students were provided with Laptops in the ceremony.

In the past, serious allegations were leveled against administration of UOB for nepotism and lack of transparency in Laptop distribution process.

UOB has been under serve criticism from different quarters for gross mismanagement and corruption. Different student associations regularly protest against the incumbent administration of UOB.

Published in The Balochistan Point on May 25, 2015