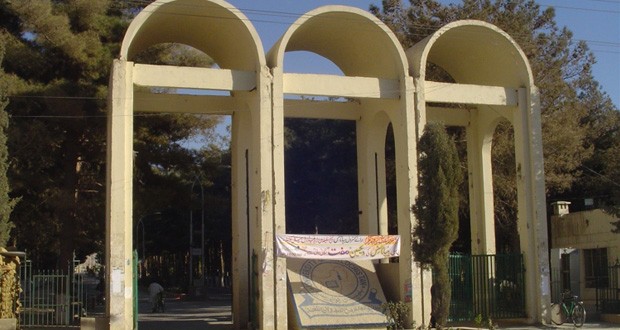 Quetta – According to students and job applicants, University of Balochistan (UOB) administration is delaying recruitment process of lectureship vacancies due to nepotism.

UOB conducted tests of recruitment of lecturers through National Testing Service (NTS), few months ago. The recruitment process has been delayed since then and it has given rise to serious suspicions of nepotism and irregularities.

Vacancies in different teaching departments were announced 9 months ago. Result of NTS test was announced last month and ever since interview process has been delayed indefinitely. Applicants for the vacancies allege that the reason for delay is that political lobby that has hijacked UOB wants to appoint their favorite candidates.

The current Vice Chancellor (VC) Professor Javed Iqbal repeatedly claims that He is embarking UOB on a journey to improve quality of education and excellence in the University. However, the cases of violation of merit and nepotism contradict the claims of VC. For instance, daughter of a provincial minister was promoted from grade 17 to grade 19, overnights. This is just one example of massive irregularities in UOB under the watch of honorable VC, Professor Javed Iqbal.

No one has forgotten how UOB staff was not paid their salaries for three months. UOB officers and teaching staff had to conduct sit-in for several days to pressurize government to arrange funds for their salaries.

“The state of transparency in UOB is dismal due to corruption, no one can trust the officials and there is a great lobbying being practiced,” a Master’s student told The Balochistan Point.

Baloch students and job applicants are the primary victim of the prevalent irregularities and corruption in UOB, said an office Bearer of Baloch Students Organization (BSO).

“There is no scarcity of talent in Baloch Students but we cannot get selected for jobs because of the anti-Baloch policy of current UOB administration,” added the office bearer of BSO.

Educational institutes are built around the premise that curse of nepotism, favoritism and corruption will be kept away from their administration. However the current series of non-stop allegations of corruption in UOB from different quarters suggest that UOB administration doesn’t believe in transparency.

Applicants for lectureship vacancies have appealed to Higher Education Commission (HEC) and Chief Minister of Balochistan to take notice of corruption, nepotism and violation of merit in UOB. Aggrieved applicants told The Balochistan Point, “HEC and government of Balochistan should immediately intervene to prevent the largest educational establishment in Balochistan from collapse due to attitude of a self-serving administration.”

Published in The Balochistan Point on March 8, 2015