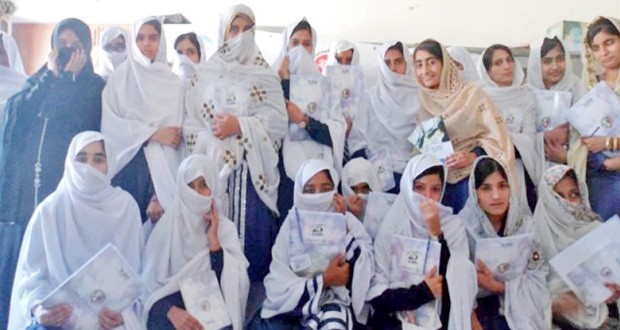 Teenage Maheen was sitting with her classmates in a conference about Women’s Day. Conference was conducted by some well known social activists and educationists of her little town in Balochistan.  Every speaker got their share of time for discussing the issues related to women, their empowerment and the ways to stop violence against them.

It was the second year that Maheen attended the women’s day conference in a hall full of young girls and women. The questions that rise in her mind after every year’s conference are; “Why are the women listening how bad is violence? Or why the speakers who are talking about empowerment don’t even allow their own daughters and sisters to attend the conference?”

Not only Maheen but every girl would think how stupid it is to educate the victim not to suffer when the society we live in is a male dominated society. Women don’t even have the authority to control their own life. When most don’t even possess the authority to attend a conference or a workshop, how can they survive from violence that happens every day within the confines of their homes?

Maheen usually thinks about a suggestion that she wants to share with the organizers of such conferences. She suggests such events must be led by women to educate the men of society that how violation of women’s rights affects a society and what really matters for her. Since she knows better what she desires for and what she expects from the men of the society she lives in.

In most parts of our region, women’s day is only a commercialized phenomenon when NGOs and government organizations celebrate the day without really doing something for the women. Perhaps the only good thing that happens is girls like Maheen start thinking about their lives, decisions, desires and the social restrictions.

There is no way to thrive as a nation when more than half of our population is absent in workforce or different sectors of society. Instead of being concerned for this factor, most male dominant societies consider women’s absence in the outer world as a great honor. In such societies women who go out for work or for education are considered vulgar.

In reality, societies act the way their governments want them to act. If the government wants to protect the rights of women, the first step would be to educate the girls and the second would be to implement laws that would provide her the right to work as well as let her take major decisions of her life.

Every year hundreds of “honor killing” cases are reported throughout the Balochistan region. It crystal clear that if the customs of a society are for the welfare of its people, no man or woman would dishonor them but if they are not for the welfare of people, those customs will be dishonored.

Humaira Buchal a social activist and educationist says, “First our society doesn’t allow our women to get proper education and when they aren’t able to earn, the same society blames them.”

More than half of the population in Balochistan lives in rural areas where tribal traditions, illiteracy and economic dependence of women on men have been the main reasons of violence against women. In urban centers of the province, very few girls get to complete their education and work as professionals.

It would be right to say that due to the weaknesses of both; our society and government, our women had not got what they deserve. Today in most parts of Balochistan, women have to walk miles to fetch water and collect wood for daily cooking. The resource rich province’s women are the most deprived ones. Since most of Balochistan lives with no basic facilities and women have to suffer the most, it is the main responsibility of the government to provide the basic needs for life and to provide educational opportunities to Baloch women so that they can be empowered not only economically but socially as well.

Author is a staff writer

Published in The Balochistan Point on March 8, 2015