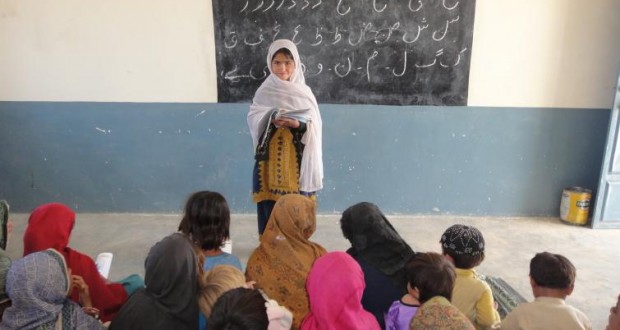 Proposals for improvement in education sector of Balochistan

Developed countries of the world not only spend huge amount of resources on education sector but they have also established robust monitoring and evaluation systems to put a check and balance on faculty attendance, their responsibilities and performance. Unfortunately, in Balochistan the education system is so corrupt and it’s hard to believe that it will produce highly qualified intellectual students. Political interference also plays a huge role in damaging the education sector of Balochistan.

During the PPP led coalition government of Nawab Aslam Raisani the budget for education was only 2 percent and even that was not spent properly because of corruption, mismanagement and irregularities. After 18th amendment education portfolio has been transferred to provincial control. This has created a sort of competition among provinces and each province tries to allocate more and more budget each year for education sector. Still a lot is needed to be done in Balochistan to improve the education sector.

The success lies in chain of hierarchal responsibilities of awards and punishment. Department of education should have the right to terminate teachers in case if they fail to provide the required results. Government of Balochistan should have no role in appointments, transfers, and posting of teachers. A clear rule of business is needed to ensure merit based appointments and for this purpose some well-known organizations like National Testing Service could be hired. Similarly, a vigilant institute should be established for conducting recruitment tests for college and universities. It will obviously minimize the risk of incompetent teachers being appointed.

People must be facilitated in exercising their right to information so that every citizen could challenge easily the appointment process, if there is any hint of irregularities in it. This will also guarantee transparency in appointment system of teachers in Balochistan.

Likewise, teachers should not anymore be appointed as lifelong government servants but contractual employees whose jobs will be subject to their good performance. Teacher’s promotions should be linked with the performance of class and in case of incompetence; negligence from professional duty, unprofessional conduct and child abuse, department should have the right to cancel the contract. Current system of posting and transfers, which is mainly influenced by political interference, is obviously pushing backward areas towards more backwardness as nobody is ready to perform their duty in far flung area of Balochistan. Teachers belonging from a district shall remain within that district and must retire in the same district where they were first hired. This will ensure that teachers are available in remote districts of Balochistan as well.

Furthermore, District Education Officer alone cannot control every educational institute in a district.  Principals of institutes should be made responsible for their own schools and must be punished when irregularities are discovered in their institutes. Khyber Pakhtunkhaw government is one step ahead in this case among all provinces by establishing an independent monitoring system. The employees are fully equipped with advance technologies and they are not only responsible for ensuring teachers presence but to identify problems in schools.  The results are so impressive that within one year of independent monitoring system now Khyber Pakhtunkhaw government has decided to extend the monitoring system to hospitals for same purpose.  Balochistan government can also afford to have this type of independent unit to look after the schools. It will be a new positive start for province otherwise the option of delegating responsibilities to principals is certainly practicable if independent monitoring unit can’t be established due to budgetary constraints.

Establishment of chain of responsibilities and monitoring system in Balochistan’s education department will provide a permanent solution for the problems. The impact of the proposed changes will be long lasting and positive for the people who are really suffering. Improving the standards of education in Balochistan will be a blessing for the deprived people of Balochistan.

Published in The Balochistan Point on August 8, 2014.