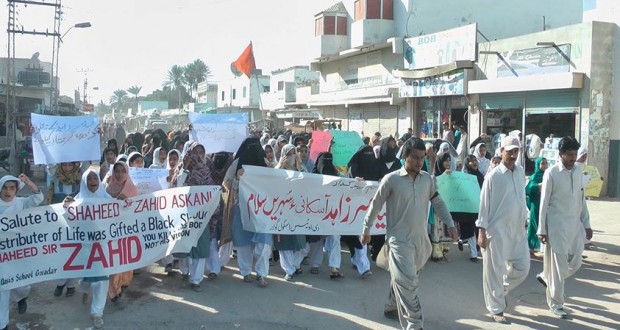 Protests Continue Against Assassination Of Educator In Gwadar

Gwadar: Students and members of civil society in Gwadar, held protest rallies against the assassination of Zahid Askani, the founder of Oasis school system in Gwadar.

Mr. Zahid Askani was gunned down in broad Daylight in Gwadar city on Thursday and so far there has been no progress in arrest of the culprits.

Students of Oasis School system and members of civil society held a rally in Gwadar for the second day. The participants of the rally condemned the assassination of Zahid Askani and demanded arrest of the culprits.

Government of Dr. Mailk Baloch was also criticized by the protestors for its continued failure in protecting the lives of people of Makran Region from where Dr. Malik also belongs.

Assassination of Zahid Askani has been condemned by many intellectuals and politicians. This assassination has been termed as a part of the dirty campaign to prevent the Baloch from acquiring education. 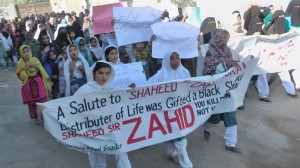 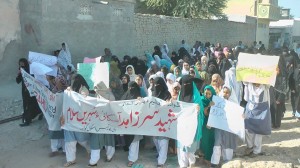 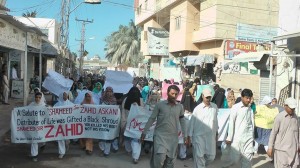 Published in The Balochistan Point on December 7, 2014