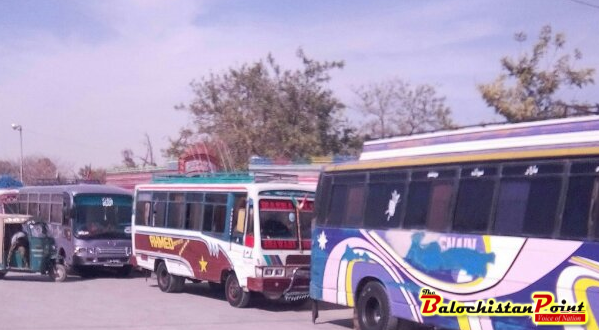 On the occasion secretary RTA Mr. Abdul Khalique Mandokhail fined 60 vehicles and 14 were warned while route permits of 3 wagons were suspended.

He said,” Charging excessive amount  against the prescribed rates will not be tolerated, in addition the rates were settled by the mutual understaning of transport Unions and other stakeholders so charging in addition is not allowed because it is an unbearable loss to the poor people of the restive province.”

He further elaborated that China Pakistan Economic Corridor (CPEC) would bring prosperity, opportunities in the province and the transport sector would get the majority chunk.

He urged the Private transport companies to gage their service delivery innovatively, also to utilize their resources in provision of maximum easiness and comfort to the general public.

Published in The Balochistan Point on January 3, 2017

2017-01-03
admin
Previous: Five places you must visit in Pakistan in 2017
Next: Malnutrition threatening lives in Balochistan