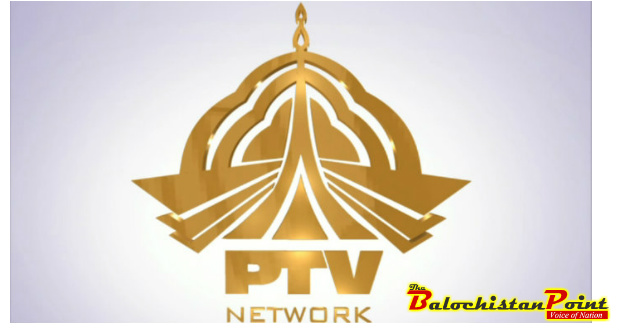 Quetta – In a decision that is being widely criticized by candidates in Balochistan, recruitment tests for Pakistan Television (PTV) Quetta center would be held in Karachi.

After gap of more than three years, PTV is recruiting candidates for its vacancies from all over Pakistan.

Candidates of Balochistan, while submitting application forms, selected Quetta as their test center. However the call letters received by the candidates ask them to reach Karachi for test on 7th September. 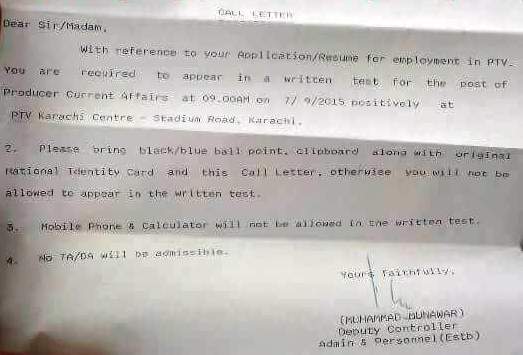 Call letter received by the candidates

Tests in Karachi would be held for vacancies of producers, administrative staff, Assistant Engineers, reporters, resource officers and cameraman amongst others.

Candidates in Balochistan are criticizing this decision of PTV management because they will face a great deal of inconvenience in travelling to Karachi for the test.

Candidates of Balochistan claim that they will face great deal of inconvenience while travelling to Karachi for tests.

“Recruitment tests of small level vacancies were held in Quetta then why the higher scale job test can’t be held in Quetta?” questioned a candidate while talking to Balochistan Point.

Opposition leader vowed to raise voice against, what he termed, as huge injustice with people of Balochistan.

General Manager of PTV-Quetta center didn’t bother to respond when contacted by Balochistan Point for comment on this issue.

An official of Admin and Personnel (Establishment) department in PTV headquarters Islamabad talked to Balochistan point on condition of anonymity.

“Candidates from Balochistan were too few in number that’s why we decided to conduct their tests in Karachi, as per our cost-saving policy,” claimed the official.

Official also revealed to Balochistan Point that interviews of Balochsitan’s candidates will be conducted in Quetta irrespective of number of candidates who pass the test.

“Balochistan is most backward province and most of candidates will find it extremely difficult to afford travel and accommodation in Karachi,” a candidate told Balochistan Point. He added, “PTV administration should not use the pretext of fewer candidates to deprive us of suitable test center in form of Quetta.”

Civil society of Balochistan has expressed its apprehensions that people from other provinces can be recruited on quota of Balochistan if tests and interviews are conducted in Karachi.