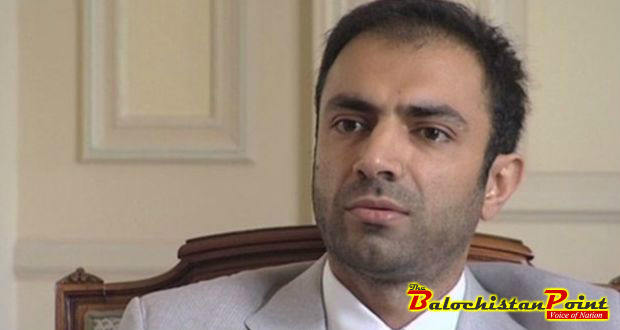 Golden Opportunity for Peace in Balochistan

The recent call for peace talks by Brahamdagh Bugti to become part of dialogue process for resolving issues of Balochistan has been hailed by media, political stakeholders, Balochistan government and people all over the country alike. Positive developments coming out of Balochistan is always heartening for every Pakistani. If negotiations are encouraged we can move towards restoring peace in Balochistan. As rebel leaders mostly took to collision course because of lack of rights and backwardness in their province; they would certainly like to reconcile if their issues are addressed by the state and the Balochistan government. Peace and reconciliation in Balochistan is important for the entire country for three major reasons.

Firstly peace and de-escalation of tension will enable the provincial government to focus on other problems like poverty, illiteracy, health issues etc. Secondly it will help in curbing presence of foreign elements and strengthen law and order in Balochistan. Thirdly, it will help in reducing the upsurge in sectarian violence in the province. Hence both provincial and federal government must encourage peace building efforts through talks and reconciliation at all levels.

Conflict in fragile states has been transformed today into a multi-faceted conflict, which in addition to the immediate adversaries; involve numerous other states through the network of globalised economies and migratory populations, international organizations etc. Often, the cause of violent conflicts appears to stem from demands by various communities living within a trajectory for the recognition of their own specific identities:  ethnic, linguistic or religious. Hence the neglect of the aspirations of different groups of peoples living within a country, transform themselves into demands often expressed through violent means.

Socio economic deprivation, political oppression and physical violence perpetrated by the state or agents of the state, against its own peoples could sow seeds of terrorism, while humiliation perpetuates it and leads to continued revenge by the State.

Also Poverty and ignorance invariably lead to frustration, humiliation and conflict. Therefore building legitimate and inclusive state is central to achieving sustainable peace and stability. It is at the heart of forging a resilient political settlement, creating an environment for recovery and development, ensuring disputes and grievances are managed non-violently and implementing transitional justice processes. Effective peace building is often intertwined with state building, and this is gaining consensus among development and security organizations around the world. Developing and strengthening the role of regional institutions, like local governments, is essential to supporting state building processes and tackling fragility. Political settlements can play a significant role in tackling state fragility and supporting transitions to peace, and can serve as a foundation for stability and development outcomes for Pakistan.

Both Federal and Provincial government must consider every opportunity for peace as a step forward for the country. Circumstances draw people apart from the state but when they see ground realities changing they want to integrate into the national mainstream. Dr. Malik must be credited for improving situation in Balochistan. Successful peace agreements with disgruntled groups and rebel leaders will be another land mark achievement. Therefore we must not miss this golden opportunity of peace and welcome separatist leaders laying down arms and seeking political solution. Aligning our internal forces through peace and resolving our issues will not only empower us politically but will also make us less vulnerable to external maneuvering and insurgencies.

Click here to read other article by the author