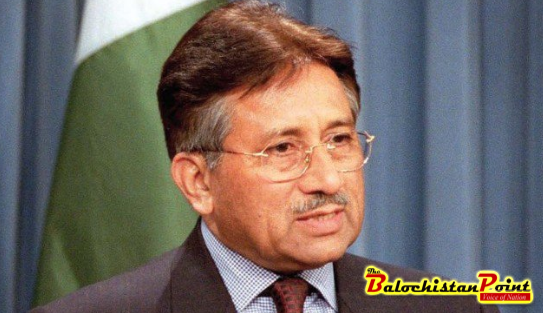 A divisional bench of the Balochistan High Court in Quetta passed the order during hearing of review petition challenging acquittal of the 73-year-old former President by an Anti-Terroris m Court in the case.

The court ordered that the administration should ensure adequate security to Mr. Musharraf while he appears in court.

Pakistan government had allowed Mr. Musharraf to go abroad in March this year for medical treatment.

Baloch leader Nawab Akbar Bugti was killed in an operation in Balochistan’s rugged mountains of Taratani in Kohlu district on August 26, 2006.The former President was not allowed to leave the country until government allowed him in March 2016 to go abroad for treatment following orders by the Supreme Court.

Mr. Musharraf seized power in a bloodless coup in 1999, deposing the then Prime Minister Nawaz Sharif.

Published in The Balochistan Point on November 29, 2016

2016-11-29
admin
Previous: Letter: Lack of facilities at MRDL Saindak project school
Next: Letter: the over population in Pakistan