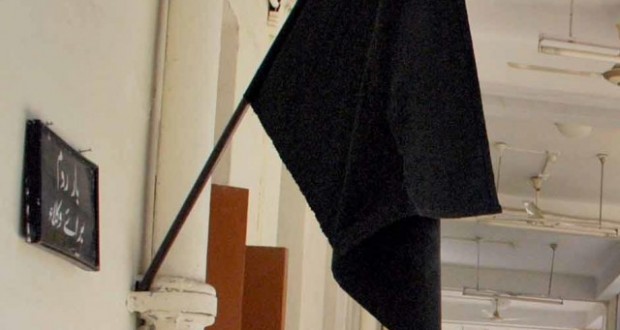 QUETTA: Lawyers boycotted the court proceedings, including high and all sub-ordinate courts, on second consecutive day against the non-recovery of Judicial Magistrate Ziarat, on Thursday.

According to the details, the boycott call was given by various lawyers’ organizations against the kidnapping of Judicial Magistrate Ziarat Jama Saka Dashti and the call is extended till Friday (today).

The district, and session courts presented a deserted look on Thursday due to the boycott of the lawyers and the masses faced problems.

Speaking to the media, the lawyer leaders Syed Nazir Agha and Muhammad Asif Reki said that discriminatory attitude had been adopted towards the lawyers, adding that various of their colleagues had been killed or abducted. They said that neither judges nor lawyers were safe as 3 judges had been kidnapped earlier and now the abduction of judicial magistrate is regrettable.

“This makes judges and the lawyers feel insecure,” they said and added that they would raise voice against this discriminatory attitude on a united front.