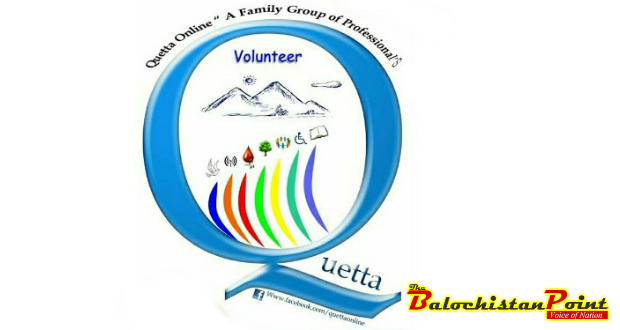 At the height of all sorts of crisis in the Balochistan, youth drive change making positive use of internet. In 2009, Zia Khan a resident of Quetta, 29 back then mobilized youth through social media setting incomparable examples of community service not only for his underdeveloped home province but for the entire region.

Driven by self-motivation, he first noticed the persisting social issues that could be solved by and for the youth with little efforts just a few steps away, hence his journey began the day he initiated a Facebook group named “Quetta Online.”

Turning his inclusive strategy into action still required perseverance from him and the young people who started to join his social media group. “Being an Information Technology professional, my idea was to gather a group of like-minded youth and providing them an opportunity to rethink about the possible solutions of the problems that exist in their societies and to overcome issues like cyber crime. However, in the coming years this turned out to be a lot more than what we expected,” Says Zia Khan the founder of Quetta Online. 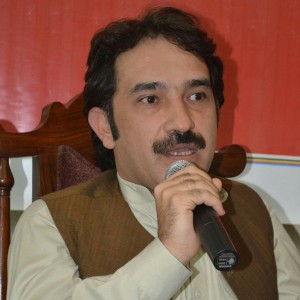 Today with more than 28,000 virtual members, Quetta Online is one of leading youth volunteer organizations in the province empowering youth to act, lead, change and inspire “In the beginning it was a platform to engage youth with quizzes and informational posts raising awareness about different educational, social and health related matters,” says Zia Khan who later started offering online communication trainings, IT tutorials and career counseling but as the number of the members grew he thought about doing something on ground with a larger impact.

In November 2010 Quetta Online conducted its first meeting in a college for 35 of its members to find even more creative ways social media could be used. During the coming years they organized sport activities mainly cricket tournaments followed by awareness sessions for Quetta’s young athletes.

Not limiting the activities only to social development and youth, Quetta Online’s missions also include help saving lives. Their humanitarian efforts from 2010 and onwards for instance; blood donation activities on daily basis and fund raising with the help of social media for the people in need with medical conditions has been a huge support for the less privileged people of Balochistan.

His campaign “Quetta is our city, it’s our responsibility keep it clean” is another stand taken by his group to save environment and help maintain the beauty of provincial capital by tree plantation and picnic points cleaning activities followed by their recent project of painting Zebra crossings on different roads of Quetta with the help of young volunteers. But Zia Khan is conscious that despite the support of his volunteer team members and many other virtual followers, naysayers still exist: “In the beginning it was hard to continue working, knowing that our activities were also being taken as negative acts but now it doesn’t really matter as far as we are firm to keep our struggle on with diverse strategies.”

Social organizations originated for the youth in particular to drive change are still unique in a province where social, economic and political crisis have encircled each sector, yet during the last one decade several self-driven individuals from different districts with unrivaled determination have been taking stands to change the way things are.

So far, Quetta Online has linked up with members and carried out projects only in Quetta. Seeing his organization as an institute for youth, Zia Khan plans to expand his outreach to the other district of Balochistan in the coming years to inspire more youth and to get his idea replicated.