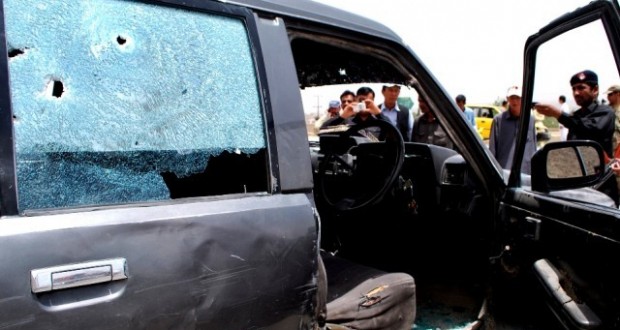 According to the details  SHO Mohibullah, along with his four children and two other policemen, had left his residence in a police van when it came under fire from unknown motorcycle-riding gunmen in Killi Almo area of Balochistan’s capital city.

The all injureds were shifted to Combined Military Hospital (CMH) after the incident.

SHO Mohibullah succumbed to his injuries later during treatment whereas the condition of another policeman was reported as critical, according to medical sources.

Published in The Balochistan Point on August 8, 2013

2013-08-08
admin
Previous: Flood Victims in Dire Need of Relief
Next: Task Force and the fate of Baloch missing persons