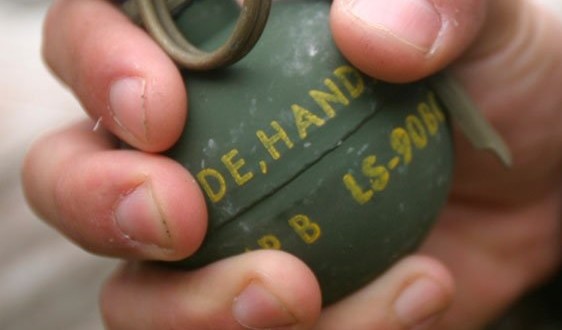 QUETTA: Unknown persons hurled a hand grenade on a tailor shop at Arif road area of Gawalmndi on Tuesday night.

“Unknown persons riding on motorbike hurled a hand grenade on ladies tailor shop at Arif road and fled,”No casualty was reported in the attack but the shop was partially damaged and glasses were scattered,” said Station House Officer (SHO) Ahmed Ali

Police and FC rushed to the spot with Bomb Disposal Squad and cordoned off the area shortly after the incident.

No group claimed responsibility of the attack till the report was filed while police lodged a case against unknown persons and investigation is underway.