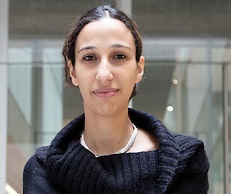 Every country in the Islamic world has its own Boko Haram.  As in Nigeria, where Boko Haram stands for “Western education is forbidden”, extremists in Balochistan, Pakistan’s largest province, are saying “no” to education.  Last May, the little-known armed group Tanzeem-ul-Islam-ul-Furqan (TIF) had warned all private schools imparting co-education and Western education toimmediately shut down in the Panjgur district.  The movement started an anti-West campaign, targeting 23 English-language learning centers to shut down and stop imparting co-education and teaching in English, which they say is “Haram (prohibited) in Islam.”

Actually, according to TIF’s rhetoric, not only should boys and girls be segregated in school, but they should not even learn English.  The English language is perceived by the group as a vehicle to introduce Western values in Pakistan, and thus dangerous to learn.  English is considered particularly dangerous for female students, as it can corrupt their moral principles.  TIF actually invites parents to enroll their daughters in public schools, which teach only Urdu (Pakistan’s official language).

The anti-West operation started last May, when the group’s armed masked men barged into one language center.  The men destroyed the school’s furniture and tore textbooks.  A few days later, a bus taking female students to the Oasis School, a well-known private school in Panjgur, was attacked by the militants, who burned the bus and subjected its driver and the school’s head to a violent beating.  They threatened the owner with dire consequences if he did not shut down the school.  Then they escaped, flashing victory signs in the presence of security forces.  In reaction to the attack, all private schools have shut down temporarily in the district.

The Islamic extremists also circulated a threatening pamphlet warning parents to keep their daughters away from English language centers.  The pamphlet read:

For 15 years, Western and European people have tried to promote their mindset and culture to Muslims, and have introduced private schools and English language centers[.] … [This mindset] has led our daughters and sisters towards vulgarity[.] … We have seized mobile phones from so-called teachers and in them we have seen girls’ phone numbers and messages from them as well as offensive videos. So we request all parents to kindly keep their daughters away from such so-called schools. We strictly order van and car drivers not to take any girls to school from now on, and request that parents enroll their daughters in public schools rather than private schools. We also request these [private] schools’ staff to stop teaching girls immediately. … If anyone does not follow our requests, then they will be faced with a critical situation. Signed, Tenzeem Islami Al-Furqan.

U.S. officials identify Balochistan as a critical center of Taliban and al-Qaeda activity.  In fact, in recent years, the province has experienced the exponential growth of Islamic radical groups, which have been mushrooming around the country.  Moreover, many observers believe that high-profile al-Qaeda figures and ranking Taliban members, including Afghan Taliban leader Mullah Muhammad Omar, have fled Afghanistan or Pakistan’s tribal areas for sanctuary in Balochistan.  The provincial capital of Quetta is believed to serve as a critical hub for financing and organizing Taliban and al-Qaeda operations.

Some rallies were organized in protest of the attacks on English centers.  Girls and women marched in protest in Panjgur and other towns of Balochistan, asking to “break the silence.”  However, these protests were hardly heard.  According toBalochistan News, the core problem is that the presence of religious terrorists is encouraged by the same Pakistani authorities who are supposed to fight them.  The Balochi media outlet stresses that TIF enjoys the protection of the Pakistan Inter-Services Intelligence (ISI), often accused of being behind jihadi-inspired groups in Pakistan.

Balochistan News says that the state’s long-term plan is to create an illiterate generation in Balochistan, in order to curb the region’s separatist demands.   Not allowing girls to learn English will make it easy to control them.  They will manage to read only propaganda newspapers in Pakistan and won’t be able to access foreign media outlets.  Furthermore, in Pakistani public school, girls will be brainwashed with misogynist views.  A Balochi English teacher at the Baam English Learning Centre in Panjgur, which shut down recently, explains the following: “English is essential for our girls’ future. You have to be able to speak it to go to college. Since our school opened in 2005, many girls received scholarships and went on to study universities all over Pakistan. Apparently, this threatens these men, who are surely uneducated and would prefer girls to be backwards.”

Balochistan News writes that Pakistan and ISI are worried about the “growing educational consciousness” among Baloch youth.  “Today, Baloch youth including girls […] are rejecting obsolete system of state and ISI backed feudal lords, but this is not acceptable to ISI because they see the involvement of Baloch females in Baloch national movement for independence as their demise.”

English and women are elements of emancipation in the Balochi society.  The international community should stand up – before Balochistan, which was known in the past for its entrenched secularism, is turned into another Islamist beacon. (Courtesy: http://www.americanthinker.com/)