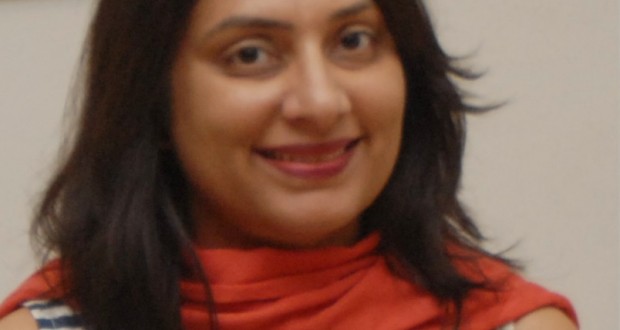 The terrible kidnapping of the 200 Nigerian schoolgirls by Boko Haram, a Nigerian armed group, has evoked disgust and condemnation from people all over the world. The incident happened more than a month and a half ago, yet nothing has happened to help these girls except for a Twitter hashtag campaign and the reported arrival of a British spyplane in Nigeria to help the Nigerian Army in the search.

While human rights activists and other informed commentators recognise the political roots of the conflict between Boko Haram, the Nigerian government and its innocent citizens, others, most notably Islamophobic online pundits, have wasted their time using the Boko Haram disaster to further their agenda of defaming Islam by quoting Quranic verses out of context to prove that Islam condones the shameful practice of sex slavery.

Instead of recognising that the right of girls to go to school is under global assault, they look at what life was like in seventh century Arabia and crow that Sharia or Islamic law promotes keeping girls and women uneducated and imprisoned by their evil Muslim overlords (read: fathers, husbands, brothers, sons). Educated Muslims have fought back against the blame game with their own responses, including Pakistani education activist Malala Yousafzai, who made a public statement that Boko Haram had clearly “never read the Quran”, for if they had, they would understand that their actions are a violation against everything it teaches.

All of this rhetoric serves only to direct justifiable anger and ire in the wrong direction. It is a distraction from the reality that “Islamist” movements use the most powerful tool in their arsenal – not physical weapons, but the firm belief that their fight is sanctioned by God – to provide justification for their illegal, violent and deplorable actions. Not only do they direct this tool inwards to their own psychological delusions (witness the Boko Haram leader declaring in a videotaped statement that God had told him to “sell women”) but they direct this tool outwards, to the rest of the world watching them, in order to intimidate and silence everyone around them. What we see in these afflicted areas is the enactment of psychological warfare by Islamists on people’s sensibilities, playing on their fears and vulnerabilities as well as their genuine love for their religion.

Western observers and pundits who react to this provocation on the same level are just playing the opposite end of the game: They are taking the claims of Boko Haram and other extremist groups and reacting as if they are actually true, and shared by every Muslim in the universe. They do this to suit their own agendas outwardly and inwardly, to justify their own hatred of Islam and their labelling of Muslims as “the other”.

Harming young girls who want an education and are willing to risk their lives in doing so has resonance for those of us in Pakistan who see similar threats being made against young schoolgirls in restive areas of the country. Everyone knows the story of Malala Yousafzai, who was shot in 2012 for speaking up about education for girls, but even more recently, an extremist group called Tanzeem-ul-Islami-ul-Furqan has been making threats against educating girls in the Panjgur district of Balochistan.

Writing in “Boko Haram in Balochistan”,journalist Yousaf Ajab Baloch reports: “This terrorist outfit has issued pamphlets warnings all private schools in the district to shut down girls’ education or to face the consequences. The pamphlets declare female education as haram, an Islamic term referring to things forbidden in Islam.” A bus taking girls to the Oasis School, a well-known private school in Panjgur, came under attack by the militants, who burnt the bus and subjected its driver, the school’s head, retired Major Hussain Ali, to a violent beating. In reaction to the attack, all private schools have shut down temporarily in the district.

This in turn echoes the grim situation facing girls when the Taliban had overrun the Northern Areas, particularly Swat. Schools were similarly shut down, girls forbidden from pursuing their education. In Balochistan, the location of a continuing conflict between the government and Baloch separatists, Islamist groups are seeing opportunities to gain power; they are doing so by attacking the most vulnerable population and robbing them of their chance to make a better future for themselves. As Baloch reports, they are “using religious extremism to push the secular and civilised Baloch society toward ignorance and backwardness through use of force”.

Despite an outcry by Baloch human rights and educational organisations, and an outcry by the parents of girls affected by the threats to the Panjgur schools, many of which have shut down out of fear of violent attacks, little international attention has been given to this alarming situation. If any comment is passed on similar trends anywhere in the Islamic world, it is only to assert that Muslims are silent, they secretly desire the most hard-core interpretation of Sharia to be enacted all over the world, and that only in the western world can girls truly find emancipation and education – all of which are patently untrue.

When situations like the Boko Haram kidnapping, or the shooting of Yousafzai, or any other assault on the human rights of girls are used to drive home points about Islam’s deficiencies, we are playing a game in which there are no winners, only losers. Such commentary will not make Islam “reform” itself, nor will it chase away the grim spectre of Sharia being misunderstood by both Islamists and Islamophobes on every level.

Let’s not turn the kidnappings and assaults on young girls going to school into a debate that nobody can win. Instead, let’s focus on the issue and how to resolve it whether it is bringing home the Nigerian girls, or keeping Balochistan’s girls schools open, or keeping all children secure and in school. It’s not hard to see which avenue will be appreciated more by the girls of Nigeria and Balochistan and the entire Muslim world. (Courtesy : http://www.aljazeera.com/)

Bina Shah is an award-winning Pakistani writer from Karachi. She is a contributing opinion writer for the International New York Times and writes a monthly column for Dawn, the biggest English-language newspaper in Pakistan. Her novel, A Season For Martyrs, will be published in November 2014 by Delphinium Books.