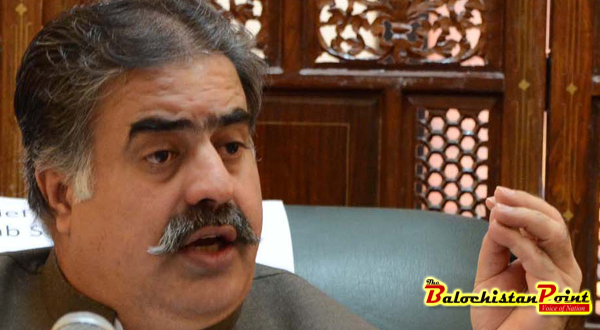 QUETTA: Terming the death sentence of Indian spy Kulbhushan Jadhav under a military court “based on justice”, the Chief Minister of Balochistan Nawab Sanaullah Khan Zehri said we strongly support this decision.

In a statement issued here on Monday, Chief Minister said that the decision had proved that Indian intelligence agency “RAW” was directly involved in spreading unrest in Pakistan particularly in Balochistan.

“Kulbhushan Jadhav committed unforgivable crime to harm the solidarity of Pakistan along with his network and in fact such criminals deserve death sentence,” he added.

He said that the improving law and order situation in the province had showed that masses of Balochistan strongly denounce Indian interference in Balochistan.

“The way enemy tried to misguide and lure people in the province is not hidden from anybody. Baloch masses could well differentiate between friends and foes, now they want to solve their issues within the framework of Pakistan,” Chief Minister asserted.

Chief Minister said after better relations and joint strategy between civil and military leaders, the network of enemy had been dismantled as we had committed to completely wipe out terrorism from the country. “Our security forces and masses have rendered great sacrifices for the country and we will not let these sacrifices go wasted and will not hesitate in rendering more sacrifices for the protection of our country and province,” he remarked.

He said that the masses of Balochistan believed that the death sentence of Kulbhushan Jadhav would be implemented at the earliest and his network would also be exterminated.