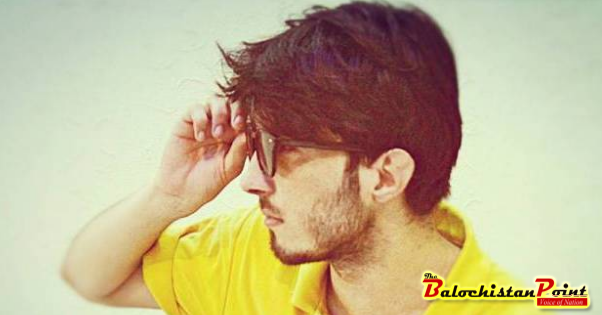 Before two years on 6th September 2016 we could not save a student name Rehan Rind. Rehan Rind, a 21-year-old Baloch student and writer from Khuzdar passed away while battling with cancer at Aga Khan University Hospital (AKUH).

Rehan was suffering from blood cancer, and was under treatment around for a month. The doctors had demanded more than 5 million to treat Rehan to save his life. Rehan was 21 year-olds, the student from Khuzdar district of Balochistan and reading in an institute of Karachi. His family members are not wealthy that they could pay 5 million for the treatment.

For the support of Rehan the young volunteers from Balochistan stood up , and launched campaigns to collect donations for the treatment of Rehan. In Turbat, many groups with campaigns collected money. These groups visited schools, colleges, hospitals and other places to get financial assistance. Not only in Turbat but also in other parts of Balochistan standing up to encourage Rehan, in the shape of donations. All had hoped that that soon Rehan would be alright. Unfortunately, the donation was not enough for his treatment, due to which Rehan could not fight with blood cancer and left us alone.

One thing should be noticed that whenever public face any problem then the responsibility goes to the government or health authorities to support the public financially. However, government in Balochistan failed to assist Rrhan.

There are hundreds of patients in Balochistan who are suffering from patient. It is estimated that there is rampant growth in the number of blood cancer patients in the Balochistan. These needs to be investigated by the concern authorities.

The questions are rising that is there any solution to protect the Baloch from blood cancer which is continuously affecting the people? It is impossible to collect donations for each affected patients at the same time. The treatment of blood cancer in the private hospitals of Karachi are very high, and poor cannot afford treatment. The solution is only to establish cancer hospitals in Balochistan or a Shaukat Khanam Cancer Hospital should be established in Quetta. Shaukat Khanam Cancer Hospital is only present in Lahore and being constructed in Peshawar then why not in Quetta.

The building of cancer hospital is not tough, but it needs a lot requirement. Only one good project would be the source of establishing a cancer hospital at any part of Balochistan where people can get treatment. The management of the hospital should be given to the professional to make better decision that how to utilize the funds in a better way. Unfortunately, there is rampant corruption in the entire Pakistan, and Balochistan is most affected province, so the authorities have never bothered themselves to do such appreciable work.

The responsibility of the Rehan’s death goes to the government as only public can’t put a better step. We could not save Rehan which is very unfortunate for the entire Balochistan. If no decision would be taken by the concern authorities, then several precious lives will be lost in different form of cancer in Balochistan. The government should help the poor people to have better treatment. Through establishing cancer hospital in Balochistan, we cannot imagine that how many lives would be saved. Let’s hope that Government will listen the voices of poor and support them in their current deteriorated situation to have a peaceful life with their families.

Published in The Balochistan Point on September 11, 2018