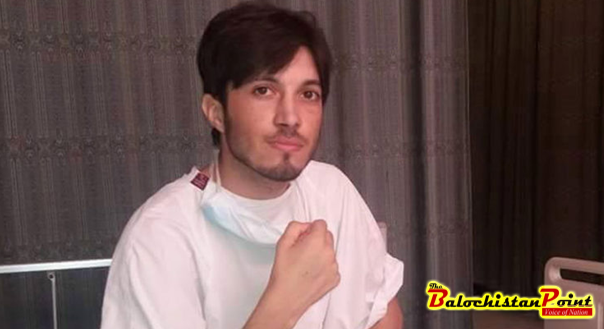 Rehan Rind, a 21 year-old student from Khuzdar, was diagnosed with Acute Lymphoblastic Leukemia (ALL)  in July 2016. ALL is a type of blood cancer which causes blood-division disorder. After initial medical tests he was admitted in Aga Khan University Hospital (AKUH), where Rs 5 million was required for his life saving treatment. The payment of treatment cost was difficult for his family members.

Social activists and volunteers from Balochistan launched a campaign to collect donation and pay for treatment of Rehan Rind. Social media was a great tool of the campaign where the volunteers used hashtag #SaveRehan.

Rehan rind also appealed in a video message to continue campaign and save his life.

Rehan Rind encouraged volunteers and appreciated their efforts for helping him. Rehan in his last post on facebook expressed thanks to volunteers who helped him in kind of donation. In his message he appealed to the youth of Balochistan to campaign for establishment of a cancer treatment hospital in Balochistan.

Volunteers of Quetta Online, Civil Society Balochistan, Students and individuals did their best to collect donation for treatment of Rehan, however, his life could not be saved and he lost a battle against deadliest blood cancer on 6th of September 2016.

Currently the Rehan Rind Foundation is following his footprints and seems deeply committed to fulfill Rehan’s dream in kind of Cancer Hospital for Balochistan.