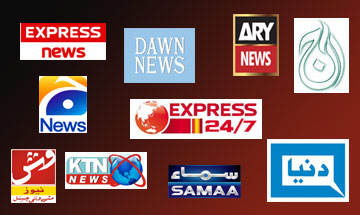 Role of Media in Balochistan

The media is generally referred to various means of communication such as television, radio, newspapers, websites, magazines or books. The term “media” can be used as a collective word for press. From a couple of years, the role of media in Balochistan has been discussed on various TV talk shows, radio channels and newspapers. Still the voice of province is unreachable, ignored and neglected. That is why yet most people in the country are unaware of the recent situations of Balochistan as well as the history of Balochistan.

The current situations of the province bring up the fact that the issues of this specific homeland do not carry any importance for the mainstream country’s media. The lack of infrastructure and the control over the local newspapers and web sites has fueled a fire of desire in Baloch nation to be heard. In the past couple of years, many local newspapers such as Daily Asaap, Daily Azadi, and the Balochistan Express were banned or besieged.

In the meantime Balochistan’s first online English newspaper, the Baloch Hal, was banned by the country’s telecommunication Authority (PTA) four years ago and the ban still continues.  After the consistent struggle to keep the nation’s voice out of the reach of the world, the nation’s voice could not be stopped to be heard. Balochistan’s local media has definitely played a role in bringing the serious issues of human rights violation in front of the world. That is why now the Nation’s issues are being discussed in different political talk shows internationally and the nation is aware of the issues as well as situations going on in the province.

Despite all that, in the midst of political crisis and extensive issues, the national TV talk shows are not showing both sides of the picture. Hence, most people of the country yet do not have any idea about the history of Baluchistan which makes it harder to understand the current political ups and downs of the province and differentiate between myth and reality. On the other hand, the media, in other cases, shows a totally different angle of the situation. Facts which may not have taken place or that might have taken place but were not in the favor of the nationalism are often kept in the dark.

In these circumstances, the trust over the national media had come to an end. A source that doesn’t bring up front the human rights’ violations in the province as a whole can’t be expected to be believed any more. People endured to sit in hunger camps with the photos of their loved ones, in front of the supreme court as well as high court for justice in Quetta, Karachi and Islamabad, along with the Voice for Baloch Missing Persons long march that started from Quetta, but didn’t end till Karachi and now it is on its way to the supreme court in Islamabad. Their struggle or initiative for the sake of justice and desire to be heard doesn’t possess enough strength to be covered by the national media and many of the websites covering the new related to VBMP are already banned as well.

Being only a source of economic revenue, the province and its deprived people do not  own any importance or significance. They have been neglected from more than six decades now. However, the Balochs will continue the struggle for free media coverage in the world so that the world recognizes it’s serious issues that include the most serious matter, the violation of human rights. As these days the world media is exclusively trying to bring up the Baluchistan issue in the front and hopefully will soon be well known through out the world as well.

Published in The Balochistan Point on January 3, 2014

2014-01-03
admin
Previous: All Parties Action Committee calls for shutter down in Kalat against no Sui Gas supply
Next: Editorial: 2014 begins with attack on Shia Community in Balochistan