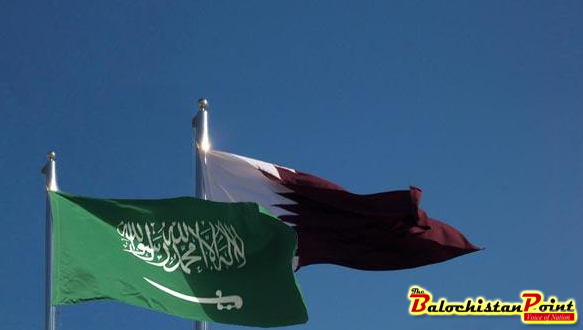 Recently, Saudi Arab accused the government of Qatar for sponsoring terrorism under the umbrella of ISIS in the vicinity of Persian Gulf states. Such an accusation resulted a boycott on 5th June from Saudi allies namely Egypt, Libya, UAE and Bahrain. They have cut ties and imposed a land, sea and air blockade. However, this issue came about when Qatar establishment backed Iran in a so-called statement. As these two states are contenders and have never left a single opportunity to defame each other just for none. We often say ‘’ my enemy’s friend is my enemy ‘’. Same is the case here.

Now Saudi has put Qatar in an agitation and has erected hurdles for derailing its government in order to accept the demands posed after the consultation of its allies. The demands include the termination of relations with Iran and also include the shutdown of Aljazeera channel. The foreign minister of Qatar claimed the demands a menace for the sovereignty of their state and abandoned all those unacceptable demands posed by the opponent parties but this sounds very unpleasant and undemocratic to make solo the victimised state in foreign diplomacy. The Qatari government is sovereign for its subjects and statesmanship. If Saudi Arab has some terrible ties with Iran so, then why does Qatar suffer for their disputes?

Here, the very premier query arises, Is Qatar involved in such an allegation for backing terrorism in the Middle East? Responding to this uncertainty, an official Qatari statement disclosed the fact that their news agency has been hacked in May 2017 by some mischievous for sprinkling some false statements citing to Qatari Emir, Sheikh Tamim bin Hamad Al Thani. If we talk about sponsoring and financing terrorism in middle east, no any single state can claim for its innocence obviously, these all extremists and fundamentalists raised from the same territory and its very understood that couple of countries have been involved for nourishing and training them.

This is all to put pressure on Qatar for terminating relations with Iran owing to the reason that Saudi considers Iran a threat for its national security. Qatar has quiet affable relationships with Iran. In 2006, Qatar was the merely state to vote against United Nation Security Council resolution 1996 which was assembled to shut down Iran’s nuclear enrichment programme. Qatar and Iran have also co-operated with each other in natural gas field and I guess might be these relations emerge as thorny problems for Saudi to endure.

The issue seems to be intrigues compiled by the third person. This is all nothing but to levy the ‘’ Divide and Rule policy ‘’by instigating the Shia and Sunni ethnic groups. It is very astonishing and sometimes sounds very funny when the same communities ask Europe to resolve the controversies as already assembled by the same party, although they have not been uttered for the job to accomplish yet. Here, I feel very dismay when the organisation of Islamic co-operation (OIC) founded in 1969 spectacles all the matter and demeanours like a puppet in front of Muslim ummah. This organisation was assembled for the same particular disputes to execute when emerged. Gulf States need not to disintegrate the whole Muslim community for their own personal fascination as it is a great menace for the existence of Islam if Saudi-Iran war breaks into.

The writer is a final year student of Balochistan University of Engineering & Technology Khuzdar.

2017-07-13
admin
Previous: CM says, Balochistan is set to play its dynamic role in economic development of the country
Next: Letter: Dis-connectivity of internet in Turbat