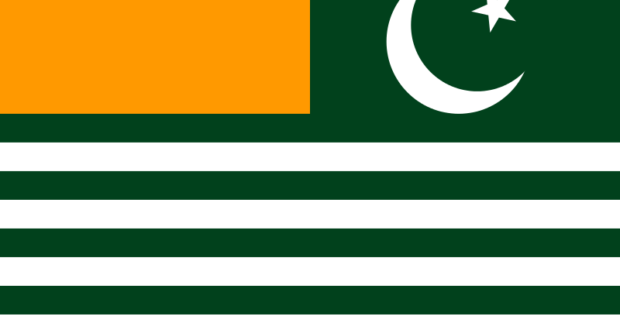 OSLO: The AJK President, Sardar Masood Khan has called upon the European countries particularly Norway to use their influence on India to resolve Kashmir conflict in accordance with the UN resolutions, cease human rights trampling in occupied Kashmir, and to reverse change of disputed status of Jammu and Kashmir state.

During a meeting with the Norwegian foreign ministry officials in Oslo, he said that after India had recently altered the disputed status of the occupied Kashmir and made it part of the Indian Union, the situation has further aggravated in occupied Kashmir. “More than 800,000 Indian troops have besieged the whole occupied territory, the citizens are not allowed to come out of their homes, and there is a complete media blackout to keep the world in complete dark about the ground situation there,” he said and added that the worst human rights trampling by Indian forces in occupied Kashmir was a naked violation of the UN Security Council on Kashmir as well as international laws.

Sardar Masood Khan said that the European states and Norway have always played a leadership role in protecting human rights in the world. Therefore, the people of Jammu and Kashmir expect that they will intervene, and play their role in seeking an end to Indian brutalities and human rights violations in occupied Kashmir.

He thanked the Norwegian government for expressing concern over human rights situation in occupied Jammu and Kashmir particularly the efforts being made by former Prime Minister Kjell Bondevik for a peaceful political and diplomatic solution to the Kashmir issue.

About the latest situation of occupied Kashmir, the AJK president told the Norwegian leadership that the Indian Hindu fanatic government had ignored the concern being expressed by the United Nations, European states and the international human rights organizations, and was busy in ethnic cleansing of Kashmiri people so as to force them to recognize India’s unlawful occupation of their state.

He also apprised Norwegian foreign ministry officials of the violation of ceasefire agreement by the Indian troops at the Line of Control, and loss of life and property occurred as a result of unprovoked Indian firing and shelling on the civilian population.

Masood Khan said that despite India’s all out provocations, Pakistan being a responsible country was exercising patience and restraint, and desires a peaceful political and diplomatic solution to he issue. If India misconstrues India’s policy of patience and restraint as its weakness, a harrowing and disastrous war can break out in the region, and India will be responsible for it.

The AJK president also visited Peace and Research Institute and the Nobel Peace Center in Oslo besides holding meetings with the leaders of Christian Democratic Party. A delegation of Kashmir Scandinavian Council also called on the AJK president and discussed the latest happenings in Jammu and Kashmir.

Published in The Balochistan Point on August 11, 2019

2019-08-11
admin
Previous: CUST, DBTV.LIVE Jointly Organized MOJO Training as MOJO is future of media
Next: The laden buses of Panjgur bother the passengers